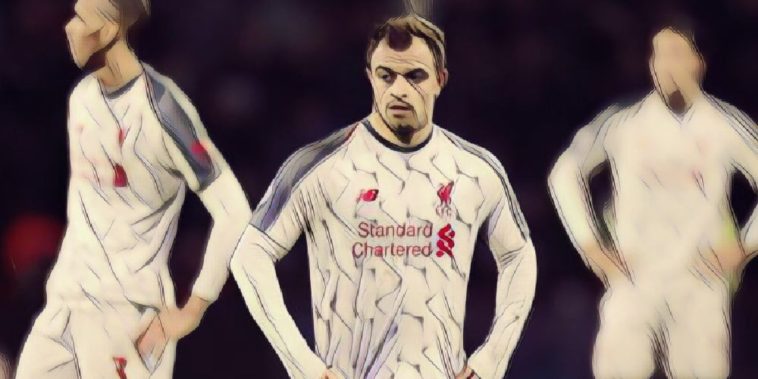 Jurgen Klopp said that Liverpool’s 1-1 draw with West Ham this evening was a fair result, admitting that his side struggled with West Ham’s set pieces.

Liverpool took the lead through a hugely controversial Sadio Mane strike, with James Milner being a good yard or so offside in the build-up.

However, West Ham pulled level through Michail Antonio with a well-worked free kick routine just minutes later, before putting in an impressive defensive display to snatch a point from the league leaders.

With Liverpool having dropped points against Leicester in midweek, they have now seen their lead at the top of the Premier League cut to just three, with some suggesting that the Merseyside outfit are starting to crack under the pressure of the title challenge.

Speaking after the game, Klopp refused to talk about the ‘pressure’ but admitted that the result at the London Stadium was the right one – while having a sly little dig at the referee’s performance after the break.

“It was a tough game. You saw around the set-piece, we knew about the routine but when we trained we had three other players in the team,” the German told BBC Sport.

“Apparently our goal was offside and maybe the referee knew that in the second half.

“Probably all the reports are already written without me saying anything, I didn’t see anything about pressure that you can ask in the next few questions.

“We struggled most with the set-pieces.

“We had ups and downs. At the end we were up again. Now we take the point and carry on.

“We lost balls in different moments. It’s a deep-defending side and we have to cope with that and create.”