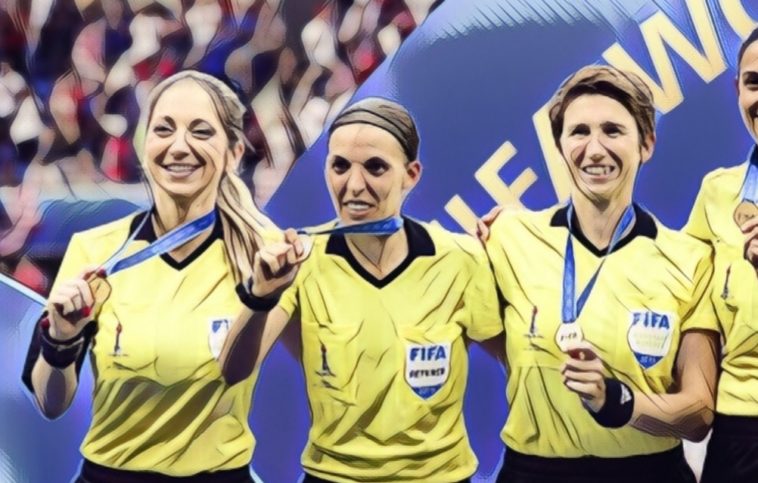 Jurgen Klopp and Frank Lampard have expressed their delight at witnessing a ‘historic moment’ following Stephanie Frappart’s appointment as referee for the UEFA Super Cup final.

French referee Frappart will make history by becoming the first female referee to officiate a major European final in the men’s game, having previously overseen the Women’s World Cup final between the USA and Netherlands earlier this summer.

Frappart will be joined by compatriot Manuela Nicolosi and Ireland’s Michelle O’Neill, both of whom also officiated at this summer’s final, and Blues boss Lampard has described the appointments as ‘great news’.

“It’s great news, great news,” said Lampard at the official pre-match press conference in Turkey. “I’m very pleased to be part of this moment in history which is very much [over] due.

“I think the game has come on a long way, in many ways, in terms of the Women’s World Cup which we all watched this summer. In terms of how much respect the games getting, how many people are watching it, the interest in the game.”

The appointment of Stéphanie Frappart for the #UEFASuperCupFinal is a historical moment for women in football and society.
Being seen matters. pic.twitter.com/ap67GfD0Lt

Lampard said Frappart’s appointment is a ‘step in the right direction’ for football, the Chelsea manager believing the game is making gradual strides towards equality.

“I think we were very slow everywhere on this and now we are trying to make strides and there is still a long way to go but in terms of tomorrow I think it’s a huge moment.

“It should be very well addressed and we’re all very pleased. I’m pleased, we [at Chelsea] are pleased. It’s a historic moment that is one more step in the right direction, I would say.”

Liverpool manager Jurgen Klopp has also expressed his delight at the decision, the German believing ‘it is time’ a woman refereed a major occasion in the men’s game.

“Finally. I think it is time,” Klopp said at his media briefing.

“I have had experience of this in Germany. I’m really happy we can be part of this historical moment. It’s a smart decision to finally have a women referee a very, very important game.”