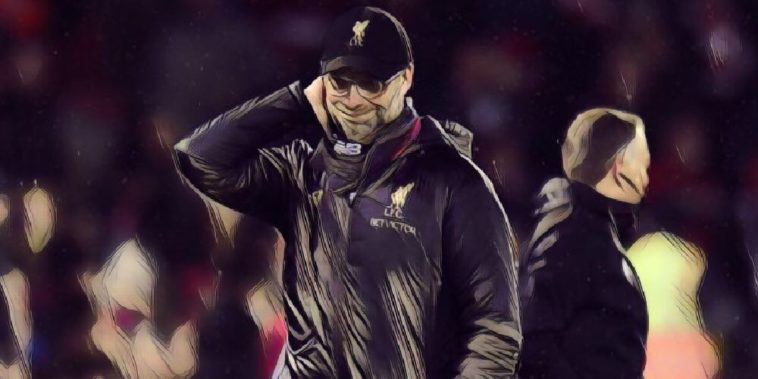 Jurgen Klopp has insisted that Liverpool’s 0-0 draw against Bayern Munich in the Champions League is still a good result.

Liverpool dominated proceedings at Anfield tonight, having 15 shots compared to Bayern’s nine, and kept the German giants pinned into their own half for vast periods of the game with their familiar high pressing.

However, a combination of poor finishing and good defending saw just two of Liverpool’s shots hit the target, with Mo Salah, Sadio Mane and Roberto Firmino all looking off colour.

Speaking after the game, Jurgen Klopp admitted that his side can play better, but insisted the result is not a bad one.

“We made life more difficult with the last pass today – about 10 or 12 times a promising situation [fizzled out]. We can play better. We should play better,” Klopp told BT Sport.

“In the first half we had the bigger chances. I can’t remember any chances for either side in the second half. It wasn’t a Champions League night from that point of view. From a result point of view, it’s OK. It’s not a dream result but it’s a good one.”

The Merseyside club had to play without the suspended Virgil van Dijk, but Klopp thought his makeshift defence of Joel Matip and Fabinho did very well in the Dutchman’s absence.

“It was a clean sheet without the big man [Virgil van Dijk]. A lot of people wouldn’t have expected that,” Klopp added. “The defending was good. A lot of things were really good. I’m not over the moon but I’m completely OK with the game.”

Liverpool now need to avoid defeat in the Allianz when they meet on March 13th for the return leg, although the Reds have lost all three of their away games in the Champions League this season.