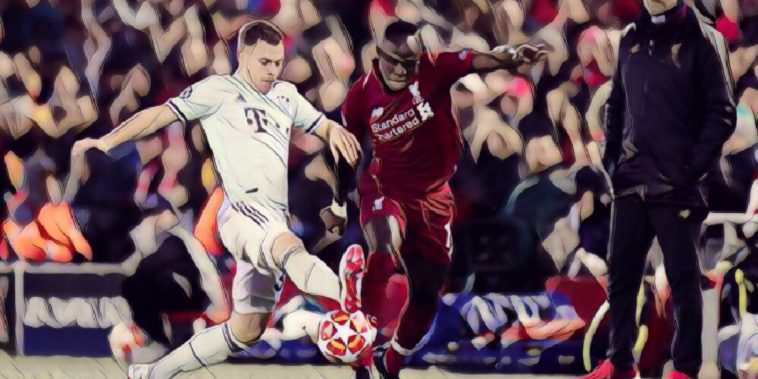 Liverpool captain Jordan Henderson admitted that tonight’s 0-0 draw with Bayern Munich left his side both disappointed and frustrated, while they also felt unlucky.

Liverpool dominated both possession and chances in what was a frantic game at Anfield, but walked away having only registered two shots on target thanks to a combination of poor finishing and fine defending.

Speaking after the game, Henderson said that while the Reds were disappointed, a 0-0 draw at home was ‘not the worst result in the world’.

“We’re disappointed not to score. But we kept a clean sheet and defended well. We had enough chances, especially in the first half,” Henderson told BT Sport.

“It’s not the worst result in the world. The performance level was good but we lacked that bit in the final third.

“They’re a good team, they’re going to keep the ball. At times we found it frustrating. We were a bit unlucky in front of goal.

“It’s still alive. We’ve got games before the second leg. We’ve got to be confident still. It’ll be difficult but we have experience in the Champions League. We can go there and hurt them.”

The two sides meet in the return leg at the Allianz on March 13.