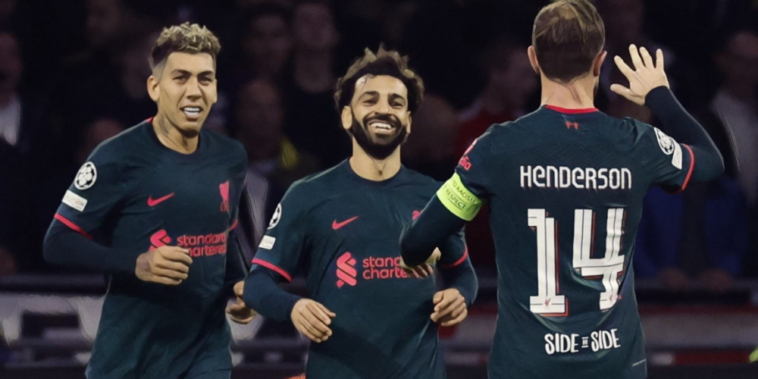 Jurgen Klopp insists Champions League progress is not taken for granted after Liverpool confirmed their place in the knockout rounds.

Liverpool secured progress to the last 16 with a 3-0 win at Ajax on Tuesday night, as goals from Mohamed Salah, Darwin Nunez and Harvey Elliott ensured the Reds bounced back from their disappointing domestic form with a vital victory.

Klopp’s side came under early pressure from an Ajax side who needed to win to remain in the competition, but a clinical ten-minute burst either side of the break saw Liverpool through.

The German was delighted to see his side reach the knockout rounds for a sixth straight season and insists qualification can never be taken for granted on club football’s biggest stage.

“Nobody should ever take for granted qualifying for the knockout stages of the Champions League,” said Klopp. “We did it again in a game that started off really tricky and that makes victory even sweeter.

“Ajax are a really good team and we beat them twice. They were the better team for the first 35 minutes, they were more settled than us, which is normal because we changed again slightly and pressed different and we had to get used to that.

“We came through that, one situation where we were lucky and the other with a good block and then we scored our goal, which was brilliant, and the next situation was a sensational football moment but unfortunately we hit the post. Then we scored the two goals in the second half and controlled the game. We are really happy about going to the last 16. It’s great.”

Klopp admits he would have been satisfied with any result which sealed progress, but was pleased to see his side earn three points and score three ‘wonderful goals’.

“I’m not sure what is better – to fly through a game, which everyone would like, or to overcome difficulties and develop into your best self like we did today. That stays with us. I would be over the moon if we played 0-0 and got through, it is all about getting through, but we did it winning 3-0 and with wonderful goals.”

Klopp also provided an update on the fitness o Jordan Henderson, who limped off in the second half after a clash of knees with Ajax’s Edson Alvarez. The Liverpool captain created the opening goal with a wonderful outside-of-the-boot pass into Mohamed Salah and Klopp confirmed Henderson ‘should be fine’ after a painful collision.

“I was worried because it was in front of me,” he said. “But it was knee-on-knee so painful, a bruise, but as far as I know now nothing else. He should be fine.”