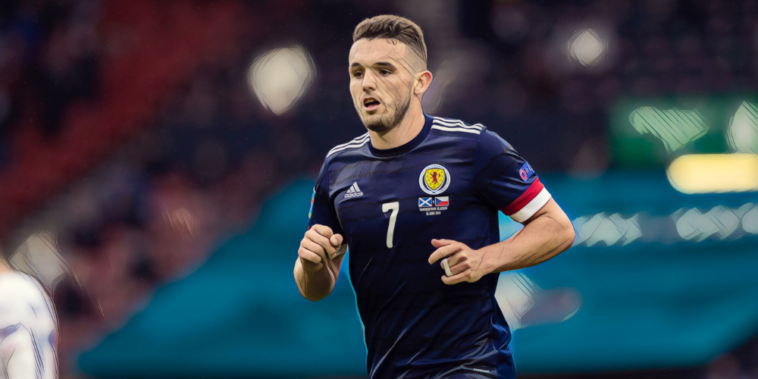 Jurgen Klopp is said to be an admirer of Scotland’s John McGinn, though Liverpool are not understood to be ‘in the market’ for a midfielder despite the departure of Georginio Wijnaldum.

McGinn has impressed the Liverpool manager with his performances for Aston Villa and Scotland in recent seasons, with Klopp having discussed the midfielder’s all-action qualities with international teammate and Reds left-back Andy Robertson.

Klopp is believed to have been left particularly impressed by McGinn’s showing during Aston Villa’s incredible 7-2 win over Liverpool last season and the 26-year-old’s attributes are well-liked by those at Anfield.

Recent reports have linked McGinn – who was a reported target for Manchester United last summer – with a move to Merseyside, following Wijnaldum’s decision to leave for Paris Saint-Germain on a free transfer.

The Athletic are reporting that whilst Klopp remains a fan of the Scotland international, Liverpool are not currently ‘in the market’ for midfield reinforcements.

Jordan Henderson’s return to fitness and Fabinho’s ability to operate in a regular midfield role next season have lessened the need for reinforcements, with Thiago Alcantara, Curtis Jones, James Milner, Naby Keita and Alex Oxlade-Chamberlain also amongst the Reds options in a central position.

Liverpool’s transfer business is expected to be restricted amid the current financial climate despite the £35m acquisition of Ibrahima Konate from RB Leipzig, though the Merseyside club are hopeful of raising funds with Harry Wilson, Xherdan Shaqiri, Divock Origi and Marko Grujic available for transfer.

Neco Williams is another who could depart with Liverpool willing to reluctantly allow the young full-back to leave in search of first-team football should offers arrive, but with the signing of a new forward on the Reds’ radar, it appears a bid for McGinn – who would command a fee in excess of £40m – appears unlikely.

Liverpool’s interest could grow stronger as they seek midfield additions in the near future however, with Klopp a firm admirer of McGinn’s endless energy and drive.