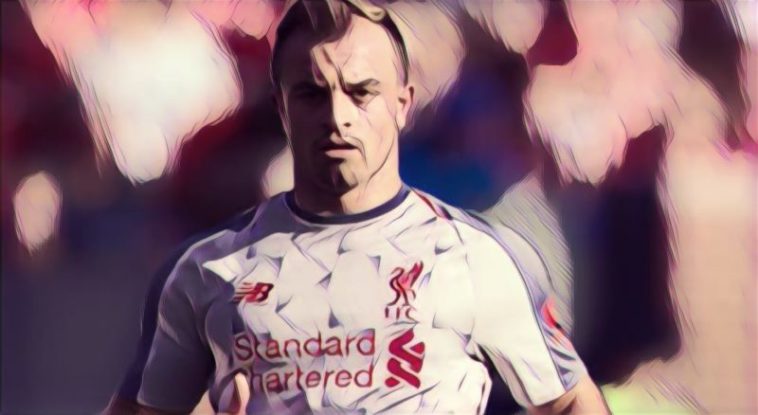 Liverpool manager Jurgen Klopp has been singing the praises of new signing Xherdan Shaqiri after his performance in his sides 4-1 pre-season victory over bitter rivals Manchester United in Michigan last night.

Shaqiri came on as a second-half substitute and immediately made himself a hero to Reds fans by setting up a goal for Daniel Sturridge, before scoring a sensational overhead kick.

Speaking to the press after the game Klopp was amazed by his £13.5 million signings performance, especially as the former Stoke City man only joined up with his new team-mates four days ago:

“That’s not normal after four days in the club – adapting that well to the style of play,”

How to become an instant fan favourite 101, brought to you by Xherdan Shaqiri pic.twitter.com/qKdAp1rIcD

“We wanted to help him a little bit with the position so that it’s not too complicated, gave him a lot of freedom, offensively playing natural, plus offering runs in behind, which is what he did, especially around the Sturridge goal.

“It was better than I would have expected, to be honest. I think today it was a game where it was quite easy to come in for pretty much all of them because we played over 90 minutes of really good football on a very difficult pitch for both teams.”