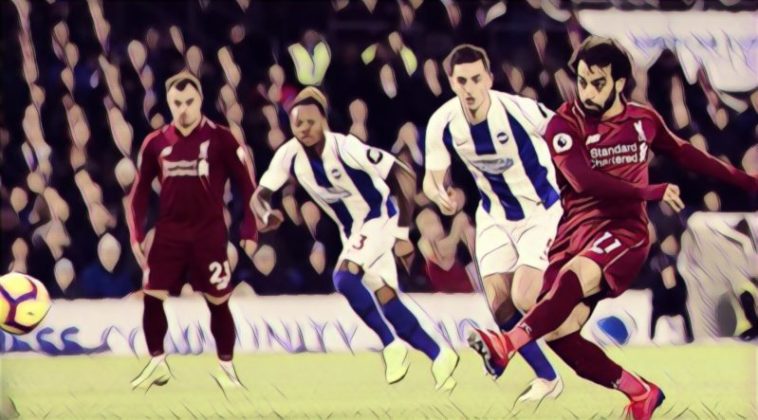 Liverpool’s second-half performance pleased manager Jurgen Klopp today as they ground out a vital 1-0 win at Brighton in the Premier League.

Mohamed Salah scored the game’s only goal with a penalty kick after Pascal Gross fouled the Liverpool striker in the box shortly after the half-time break.

Klopp acknowledged the improvement in his team in the second period after they had turned in a very flat first-half display.

‘The second half was better. I really liked half-time – we could readjust a few things and the boys reacted on that. In the second half, we won the ball back, nice little counter-attack – Mo, Shaq I think and then Mo again in the box, clear penalty. We finished it off, which is good.’ Klopp told the post-match press conference.

‘Then, keep calm again, stay calm, keep the ball, play around, create, try to create without taking any risks because it was clear today was not a day for a massive result. Brighton didn’t change a lot because we were so dominant; it’s not that Brighton opened up completely and said, ‘From now on, we’ll try to attack everything’ and we could have a bit more space.

Klopp was happy to come away with all three points after Brighton had defended stubbornly throughout the game.

‘They defended like they defended because they knew one mistake from us and they are back in the game. Not making mistakes is a difficult thing in football, it’s actually impossible. But not making decisive mistakes should be possible. We won it and I’m absolutely happy about that.’