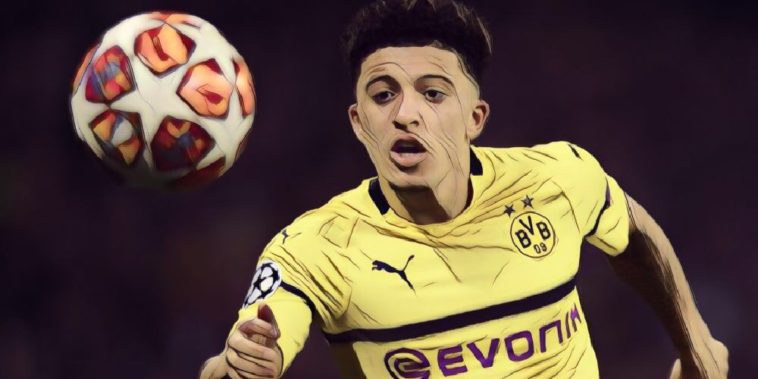 Liverpool could be set to join the race to sign Jadon Sancho from Borussia Dortmund after Jurgen Klopp admitted he has long been an admirer of the youngster.

Sancho’s performances for Dortmund have seen him propelled into the England squad, with the 18-year-old having scored seven and assisted nine in just 23 Bundesliga appearances.

He only moved to Germany 18 months ago, making the £8m move from Man City, where he had grown frustrated at a lack of first-team opportunities, although recent reports have linked him with a whopping £70 million move to Manchester United – a 775 per cent increase in his value.

Chelsea, Spurs and Arsenal have already been credited with having an interest, although Liverpool boss Jurgen Klopp has revealed that he was interested in signing Sancho back in 2017, but knew his side had no chance of brokering a deal with their Premier League rivals, Man City.

“Where else would a team that gets 80,000 fans at every home game to put so much faith in youngsters?” Klopp said in his pre-match press conference ahead of tonights Champions League game with Bayern Munich.

“Buying English players is a smart idea [for Dortmund] because we would never have a chance to get Sancho.

“We are not blind – we saw him, we liked him and then we think ‘Can we get him?’ No. Because English clubs don’t sell to other English clubs.

“I don’t know exactly what the reason is for that but they don’t do it. Now they can go to Germany which is a wonderful league.”

Klopp has a very good relationship with those at Borussia Dortmund, where during his seven years in charge at the Westfalenstadion, he won two Bundesliga titles, one DFB Pokal, three Supercups, and steered them into the 2012/13 Champions League final.