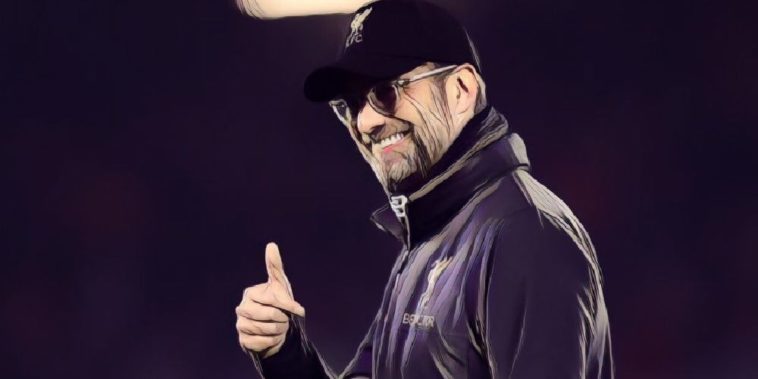 Jurgen Klopp claimed Liverpool’s 5-0 win over Watford tonight at Anfield showed that his side are enjoying the Premier League title race.

The Reds went into tonight’s game having drawn three of their last four games in the Premier League, but an early double from Sadio Mane helped settle any nerves and sent Klopp’s side in at the break 2-0 up.

Belgian striker Divock Origi, who was handed a rare start in place of the injured Roberto Firmino, scored Liverpool’s third on 66 minutes, before centre-back Virgil Van Dijk put the icing on the cake with two late headers.

Speaking after the game Klopp was delighted with his side’s performance, lavishing praise on his players.

“It was just… the boys showed how much they enjoy the game and the situation!” Klopp told BBC’s MOTD.

“It was an important sign. You know what was written and said about us. It is of course not right. these boys are outstanding and today they showed so much passion.

“The game from Mo [Salah] was incredible. Sadio [Mane] scored a brilliant goal. All three midfielders were outstanding. Both centre-halves played outstanding.

“We won 5-0 so you don’t talk about them but they had their moments. Even Alisson was great. The boys who came on controlled the game. A lot to talk about.”

Liverpool remain a point above Man City at the top of the table, after Pep Guardiola’s side beat West Ham 1-0 at the Etihad.