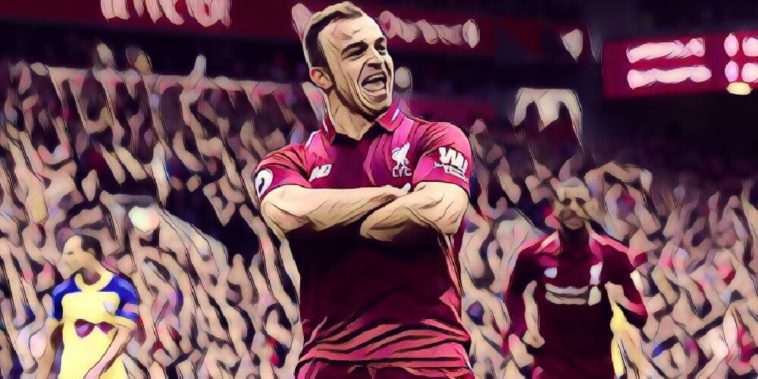 Jurgen Klopp has apologised to Xherdan Shaqiri after he was hauled off at half-time, despite putting in what Klopp described as an ‘inspirational’ performance on his full debut.

The Switzerland international was handed his first start in a Liverpool shirt in the 3-0 win over Southampton, and despite being heavily involved in the first half, was surprisingly hauled off at half-time, with the natural belief among supporters being that he had picked up an injury.

However, speaking after the game, Klopp revealed that the substitution was to enable the league leaders to gain ‘more control’ in the middle of the park:

“I said to Shaqiri that I have never taken a player off at half-time after such an influential half but we wanted more control. He was not injured,” said Klopp.

“It was not easy, to be honest. It’s my job to sometimes deliver news they don’t want to hear.

“He’s a fantastic boy, so I explained it to him. Usually, I don’t, but here it made sense.

“The result is really cool, the performance could have been better, that’s clear.

“We made some changes that cost us because I changed the system, and without training it’s difficult.

“But organisation wise we had a few problems, you could see a lot of discussions on the pitch, and how we close gaps, so that was the reason we changed back to a system we are used to.”