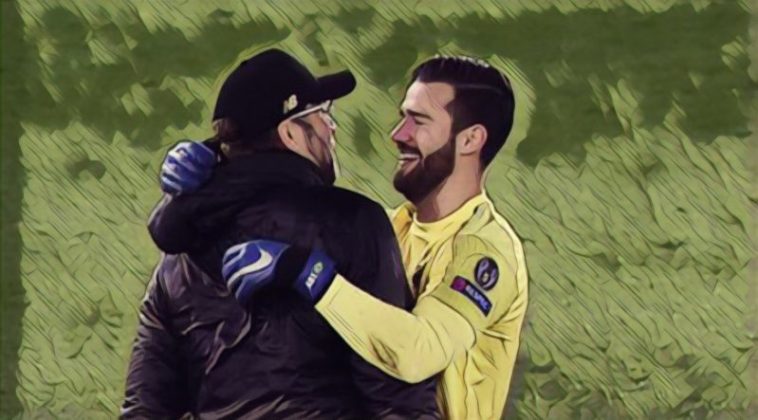 Jurgen Klopp has said that he would have paid double for goalkeeper Alisson Becker had he known how good the Brazilian was.

Liverpool briefly made Alisson the most expensive goalkeeper in the world earlier this summer when they agreed to pay Roma £65 million for his services.

The Reds were in desperate need of a new goalkeeper having watched the Loris Karius horror show in the Champions League final earlier this year.

However, after less than six months at the club, Alisson has already started to repay large chunks of that huge transfer fee, keeping 12 clean sheets in the Premier League and Champions League combined, including a crucial one last night in the 1-0 win over Napoli to send Liverpool to the knockout stages.

Liverpool knew they had to win 1-0 or by two clear goals, and with Mo Salah giving them a first-half lead, Napoli pushed hard at the end for an equaliser that would have sent them through to the last 16.

With the game deep into stoppage time, Napoli substitute Arkadiusz Milik fired the ball goalbound for what looked like a certain equaliser, only for Alisson to pull off a superb stop at the death, and to leave his manager Jurgen Klopp singing his praises.

“The goalie made the save of the season,” Klopp told Viasport.

“I have no clue how he made that save. Thank God we have him. If I’d known how good he was, I’d have paid double … I think nobody expected a save in that situation. It’s a goal, no?

“He had a lot of things to do tonight but how cool and calm he was says a lot. But still he needs the other boys around, so he doesn’t have to make 100 saves like that.”