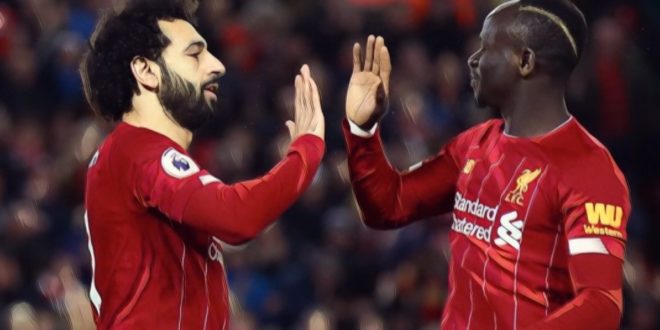 Klopp admits AFCON date switch is ‘a catastrophe’ for Liverpool

Jurgen Klopp – the ‘Moaner from Liverpool’ – has admitted that the rescheduling of next season’s Africa Cup of Nations is ‘catastrophe’ after the tournament was rescheduled during the Premier League season.

The continental competition was previously held mid-season before it was switched to the summer months to be in line with European leagues, though a decision has now been made to revert back to the previous scheduling and format.

The Confederation of African Football (CAF) have confirmed that the 2021 edition of the finals will be played between January 9 and February 6, with Liverpool amongst a host of Premier League clubs now set to miss star names for a vital part of their league season.

Mohamed Salah (Egypt), Sadio Mane (Senegal) and Naby Keita (Guinea) are amongst the names that Klopp could be without, and ahead of this weekend’s clash with Manchester United the Reds boss admitted the change poses his side a huge problem.

“Do we really want to open this book?” Klopp said at his press conference. “I couldn’t respect Africa Cup of Nations more than I do, I like it, I’ve watched it a lot. Difficult circumstances a lot of times.

“But it’s an obvious problem playing it in the middle of the season. But it’s their winter and I get that.

BREAKING: After the 2019 tournament was played over the summer, the next AFCON will be held in January-February 2021 🌍 pic.twitter.com/pPbHWzRa6G

“A general problem is FIFA plays a tournament in 2021 a week or so after Africa Cup of Nations would have started. I mentioned that in the past. It doesn’t help African players.”

Klopp went on to say that the decision is a ‘catastrophe’ for the club and that it would affect their transfer policy in the run up to the competition.

“The African Cup of Nations going back to January is, for us, a catastrophe,” said the Liverpool manager.

“We will not sell Sadio, Mo or Naby now because they have a tournament in January and February – of course not.

“But if you have to make a decision about bringing in a player, it is a massive one because before the season you know for four weeks you don’t have them.

“That’s a normal process and as a club you have to think about these things.”

Klopp has regularly slammed the already packed fixture schedule, though the self-proclaimed ‘Moaner from Liverpool’ doesn’t think anyone will listen to his complaints

“It is like the biggest waste of time ever. ‘The Moaner from Liverpool’ or whatever is again on track,” he added.

“As long as nothing changes I will say it all the time. It is because it is about the players, not one second about me.

“There are so many things to sort but all these guys never find time to sit around one table and make a general schedule.

“All these different games to play and no break for the players. Let’s respect that, but if you have that break don’t make a replay in this break. This would help massively.”