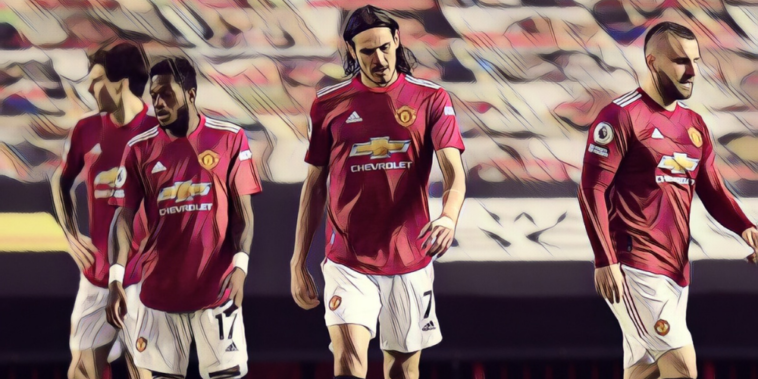 Ole Gunnar Solskjaer’s side produced a poor performance to crash to a disappointing home defeat to their Merseyside rivals, despite taking the lead through Bruno Fernandes as his effort was deflected in off Nathaniel Phillips.

Liverpool equalised through Diogo Jota before Roberto Firmino’s quick-fire brace either side of half-time put the visitors in control, with the Red Devils pulling one back through Marcus Rashford in an entertaining contest.

Mohamed Salah’s 21st league goal of the season sealed all three points for Liverpool at Old Trafford however, and Keane believes his former side’s latest loss is an indication of the gap they still have to bridge to catch newly-crowned champions Manchester City.

Keane was critical of midfielder Fred in particular and believes United need ‘three or four players’ before they are capable of challenging for the Premier League.

“I know Ole perseveres with Fred, but I can’t see it. How they think Fred is going to get Man Utd back to winning titles is beyond me,” Keane told Sky Sports.

“The goalkeeper didn’t look great tonight either. There was mistake after mistake. Poor, poor night for United. Maguire is a loss, but these are schoolboy errors… It’s nothing to do with missing Maguire.

“The performance tonight was nowhere near good enough. All of United’s shortcomings have been shown up in the last couple of days. Tonight there wasn’t enough quality. Liverpool could have scored six or seven.

“This squad is so short of competing against Man City to win the title. Man City are so far ahead of this squad it is scary. I think Ole will reflect on the last few days and think ‘we need three or four big players to come into this club this summer’.

“Look at the performance of the two midfielders. McTominay is a good, honest player. And they’ve got Fred. As long as those two players are in midfield for Manchester United, they will not be winning any big trophies.

“I can’t believe how short Manchester United are.”