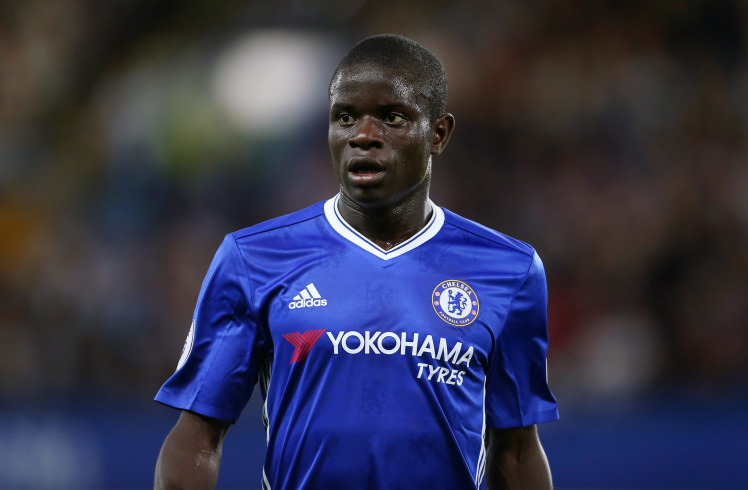 N’Golo Kanté has missed the last few games for Chelsea, and without him, they have struggled. If he does not return for Sunday’s matchup against Manchester United, the champions will struggle to gain anything from the game.Kanté has not played a game for the Blues since their 1-0 defeat to Manchester City before the international break. Without the Frenchman, they have conceded 10 goals in the ensuing 6 games (1.67 per game), compared to 6 in the 9 games he has played this season (0.67 per game).

Even looking past the goals conceded column, the stats point to Kanté’s defensive influence. According to WhoScored.com, he leads the team in total tackles per league game with 3.9. He is also second in terms of interceptions per game, with 2.3 (behind David Luiz’s 2.9).

On the offensive side, he ranks third overall in terms of key passes per game (1.4), only trailing the much more offensive pair of Cesc Fabregas and Eden Hazard. He also boasts a reasonable pass completion percentage of 84.7%.

This does not even begin to account for his effect on Chelsea’s shape, which is where the reigning Player of the Year makes himself truly indispensible.

Kanté’s presence in the lineup allows Antonio Conte’s side to play the freedom that they displayed last season. His boundless energy and endless running, coupled with his ability to keep the passing game ticking over, buying time and space for players like Fabregas and Hazard.

He brings structure, organization and stability to Chelsea’s midfield, slowing down opposing attacks. This gives the centre-backs additional time to assess threats, and close down strikers, a feature that was missing in the miserable 3-0 loss to Roma in the Champions League on Tuesday.

During that game, Tiemoué Bakayoko was overrun, causing panic amongst the defensive unit. It is a result that you would not expect if the summer signing had Kanté next to him, harrying and hassling, denying Daniele de Rossi, Radja Nainggolan and Kevin Strootman the freedom of Stadio Olimpico.

This all leads to the game against Manchester United on Sunday.

The Return of Matic

Many questions have been raised, some by Conte himself, about Chelsea’s transfer dealings this past summer. One of the key pieces of business was the sale of Nemanja Matic to Manchester United.

The Serb returns to Stamford Bridge on Sunday, having rediscovered his imperious form that he displayed upon joining Chelsea. With him sitting in front of the parsimonious United defence, the Red Devils look like title challengers once again.

Chelsea run the risk of getting overrun like they were at Roma. Their defensive frailties have been laid bare, and Mourinho will have been watching.

Kanté’s participation is subject to a late fitness test, and without him, it is hard to see Chelsea winning. If he plays, he can close down the space in midfield, stifling Matic, Ander Herrera and Henrikh Mkhitaryan. He can provide a potent axis in midfield alongside Bakayoko, and build a platform from which Hazard, Pedro and Alvaro Morata can weave their magic.

Without him, United may just bulldoze through Chelsea’s midfield, and we may see a repeat of Tuesday, as Chelsea’s tenuous grip on their Premier League title continues to slip.