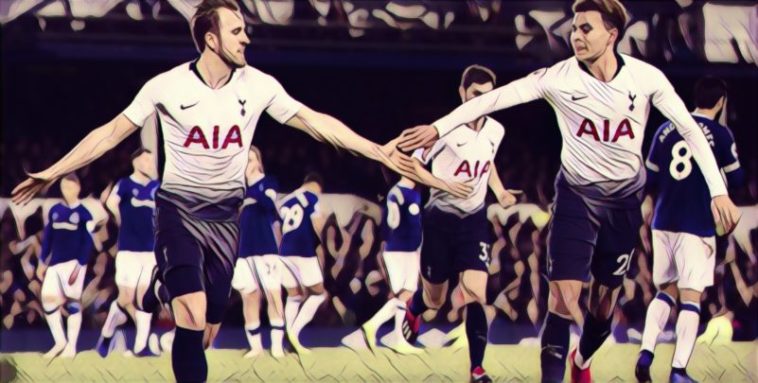 Harry Kane believes Tottenham’s squad is capable of challenging on all fronts this reason, regardless of whether they make new signings in the January transfer window.

Kane scored in Spurs 5-0 win over Bournemouth on Boxing Day, a result which lifted Maurico Pochettino’s side above Manchester City into second, six points behind leaders Liverpool.

The result was their fifth league win in succession maintaining their recent good form, and Kane believes the club will only look to strengthen in the winter window should the right player become available.

“Sometimes if you can’t find the right player there’s no need to buy a player,” Kane told ESPN.

“That’s obviously the gaffer’s philosophy and that was his thinking [in the summer]. He believed in the squad he had and we’re doing alright so far.

“We’ll see what happens in the January transfer window. If the gaffer wants to buy someone then I’m sure he will. If he doesn’t we’ll crack on and keep doing what we’re doing.

“We’re fit, we’re ready to go. This period where there’s lots of games, we seem to do well because we recover well and we do a lot outside the pitch as well.

“[Signings are] up to the manager. If a new face comes in then we’ll welcome him and make sure he trains hard, and he’ll obviously try to get into the team. If we don’t then we’ve got a big enough squad that we can rotate — players have been coming in and doing well. We’ll be ready either way.

“I feel we’ve got a very strong attack, a very strong team. Without the midfield and defence playing the way they do, we don’t score the goals. Everyone’s been playing very well and everyone’s got competition for places, which is great and what you need in a squad.”