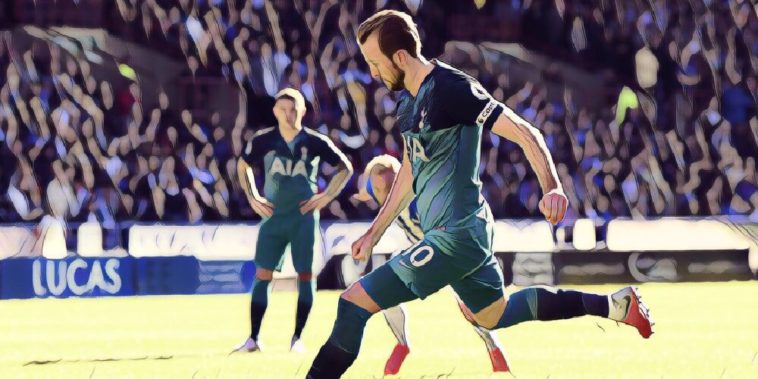 Harry Kane has said he pleased that Spurs were able to grind out a win against struggling side Huddersfield Town.

Despite the Terriers position towards the foot of the Premier League and their chronic lack of goals, Spurs were made to work for the win at the John Smiths stadium, with Harry Kane silencing his critics with two goals.

Speaking after the game, the England forward insisted that it was not an easy game, despite the comfortable look to the scoreline:

“It was not a straightforward win, it was tough out there. The pitch was dry, they went long so we had to defend well,” Kane told Premier League productions.

“We could’ve put the game to bed, sometimes you’ve got to grind the game out they put the pressure on.

“On Wednesday it was important to go through in the cup, keep the momentum going. We’ve got a massive game on Wednesday that hopefully can win.

“It’s a long season, we’ve had a few games we didn’t get the result, but we’ve played some good teams. Liverpool and Inter Milan are no easy games.

“It was a grind out there, the kind of games where feels good when you win, a battle, tough defenders. It was a tough game but pleased we ground it out.”