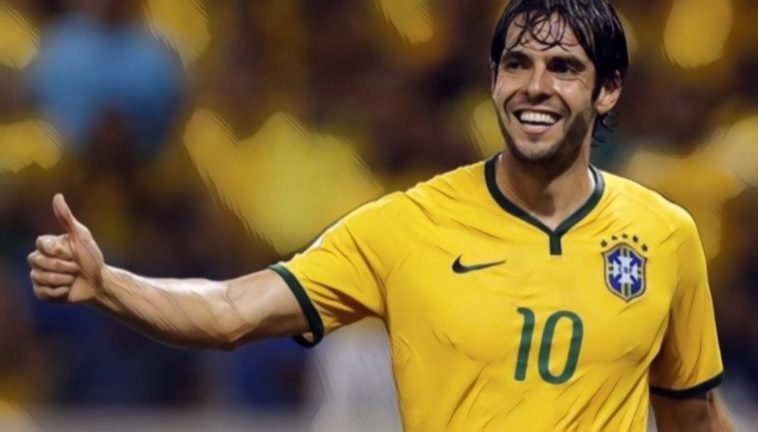 Kaka’s legacy will forever be associated with a brief yet brilliant peak as the world’s best player, an elegant creative talent who glided past opponents with mesmeric ease to become a great of Brazilian football.

Kaka’s career saw him overcome a career-threatening spinal injury to establish himself as one of the game’s most exciting talents, enjoying a hugely successful career that included both World Cup and Champions League glory.

His finest moments came in the famed colours of AC Milan, proving the creative catalyst for Carlo Ancelotti’s side as the Rossoneri reached two Champions League finals in three seasons, winning the latter as Kaká finished as the tournament’s leading scorer and was named winner of the Ballon d’Or.

The playmaker’s later years included a big-money move to Real Madrid and an MLS adventure with Orlando City, whilst he also made brief returns to his spiritual homes in both Milan and Sao Paulo.

Here are 10 of the best quotes about the wonderfully talented Brazilian playmaker, Kaka:

“Kaka is a true Milan legend. Everybody at the club loves him, he has entered the hearts of all the Milan fans in his own special way. At Milan, we have had legends like Paolo Maldini and Franco Baresi. It is probably fair to say that the fans’ affection for Kaka is equally big.” – Adriano Galliani

“Kaka is the best player in the world. Every time the match is important he is there.” – Paolo Maldini

“For two or three years, he was the best player in the world. There was a point when teams just had no idea how to stop him.” – Andrea Pirlo

“Kaka was a great player, I knew that. But not until I spent that half (2005 Champions League final) running around after him, chasing his shadow, did I appreciate how quick he was in possession. Never in my career had I encountered anyone as fast with the ball at their feet. Kaka was lightning.” – Steven Gerrard

“Kaka is the only player in the world I would pay money to watch. Some of the things I have seen him do on the pitch amaze me. He has the lot — fantastic skill, pace, vision, great passing and he scores goals. As a midfield player you are lucky if you have three of those attributes. For me, he is the best player in the world and he’ll probably go down as one of the best ever. I’ve admired him for years. I look at a player like that and see if I can learn anything from him. When a player enjoys watching another professional you know they are something special.” – Frank Lampard

“He is simply extraordinary.” – Rui Costa

“Kaka’s magic is not the kind of sorcery born of flashy moves and baroque touches. It is the most special – and useful – magic, skill distilled to its most essential elements. Nothing is wasted, everything has a purpose.” – Gabriele Marcotti

“I don’t know whether he’s the best player Milan have had in my time here, but I’ve never seen a player so young do the things he does for us.” – Silvio Berlusconi

“I will miss seeing you with a ball at your feet – you were a magician.” – Pele

Read – Ronaldinho: 10 of the best quotes about the magical Brazilian

Read Also – Xabi Alonso: 20 of the best quotes about the midfield maestro