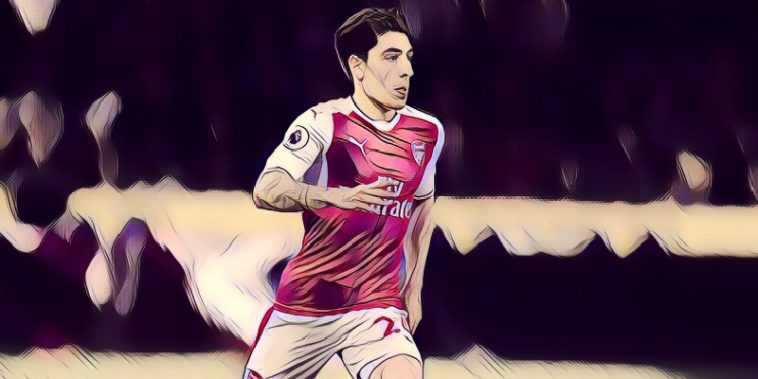 Juventus have made Arsenal star Hector Bellerin one of their prime transfer targets according to reports in Italy.

According to Tuttosport, long serving Juventus player Stephan Lichtsteiner is almost certain to be released by the Italian Champions next summer. That, combined with last summer’s departure of Dani Alves to PSG leaves Juventus light at right back.

However, they have identified Bellerin as their number one target in that department and are ready to make a big money move to lure him to Turin.

Bellerin has impressed at both right back and most recently, right wing back, a role which he would likely play in if he were to move to Italy, with the Old Lady regularly playing with three at he back.

The Spanish international has previously been linked with a move back to Barcelona, the club where he came through the academy before finishing his development at Arsenal.

However, talk of a move to Barcelona has gone quiet recently, and a move to Juventus could be the alternative should he decide to leave.

If he doesn’t want to however, Juve have identified Thomas Meunier of PSG and Atlético Madrid’s Sime Vrsaljko as alternatives.