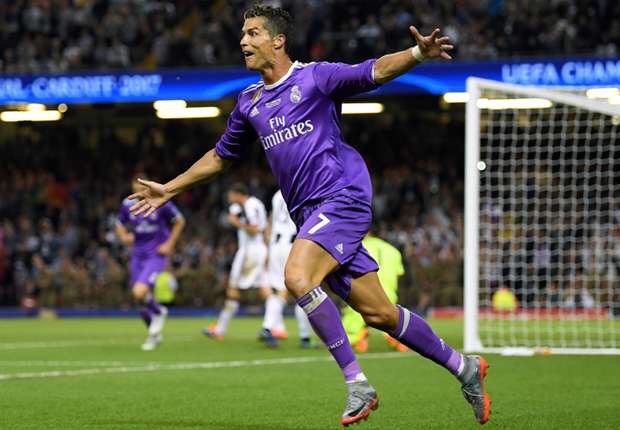 After Real Madrid won 4-1 over Juventus, its time to run the rule over the players that were sublime and those that capitulated on Europe’s biggest stage.

For a man that at one stage of the season went 1o hours in the Champions League without conceding a goal and is a contender for FIFA World Player of the Year, this was a mediocre performance. While 2 of the 4 goals Real Madrid scored were deflected, he could have possibly moved faster for the first goal. He will surely be lamenting the fact the fact he has once again lost in the Champions League Final to a Spanish side.

The right-sided centre-back in Juventus’s three-man backline had a solid game, made a crucial tackle to deny Isco from scoring. Offers nothing offensively compared with Bonucci and is not as strong defensively compared to Chiellini. He was the first to be subbed off by Allegri as Juventus tried to get back in the game.

For a man that is valued at £50 million, his performance in the Final was average and he looked very vulnerable as Juve went searching for the equaliser. He started brightly making some good tackles and passing the ball with precision but faded late on in the game, was unfortunate that Real’s first goal was deflected in by his boot. Made a great tackle to deny Bale a goal.

A man that is a master in the gritty art of defending was made to look like an amateur by Ronaldo and Co. Was at fault for Real’s third and somewhat fourth goal. Just like Bonucci started brightly but faded as  Juventus trailed and the centre-backs weren’t offered as much protection by Dani Alves and Alex Sandro.

He has starred in the Champions League with some fine performances and he didn’t disappoint in the final. Dani Alves got forward at every opportunity offering width to the Juve attack and had a great battle with Marcelo. The only negative aspect was his crossing wasn’t up to his usual standards.

Got the cross which allowed Higuain to poke the ball to Mandzukic for Juve’s equaliser. That was probably the highlight of the game for him, headed the ball straight to Modric which allowed Real to score their third goal and allowed too much between him and Chiellini.Missed a great chance to give Juve hope of a comeback.

Pjanic controlled possession for Juve while stopping Real Madrid from countering. He showed an excellent technique to send a volley which tested Keylor Navas in the Real goal but could not control possession once the Real midfield got on top and was running aimlessly trying to get the ball.

The German international couldn’t contribute much apart from Casemiro’s shot skittering off his heel past Buffon’s hand.

In the first-half was a real danger to the Real’s defence picking the ball deep and dribbling straight at the heart of the Real defence but was nullified effectively by Casemiro in the 2nd half and eventually substituted by Allegri.

The Croatian scored one of the goals of the season with his overhead kick and was dominant in the air throughout the whole game. Although he missed a very good chance in the second half for Juve.

The Argentine forward started brightly and provided the assist for Juve’s equaliser, the technique of the assist was impressive. However, found himself well marshalled by Varane and Sergio Ramos and saw little of the ball in the second half as Real dominated possession.

Had no trouble with the majority of things Juve threw at him but question marks remain over his positioning after Manzukic’s goal. While Real Madrid won the Champions League, rumours persist about David De Gea replacing Navas at the Bernabéu.

Magnificent performance by the Brazilian had a great duel with Dani Alves and once Real was on top he was virtually a left winger. He capped his game off with a fine assist for Asensio’s goal.

There was little to do for the Frenchman, passed the ball with purpose and could to nothing for Manzukic’s goal.

Had a dominant and fiery performance, he and Varane looked comfortable against Higuain. He somewhat marred his performance by getting Cuadrado sent off with an act suitable for Broadway.

An undervalued member of this fine Real team, defended with considerable ease and injected width into the Real attack

Did a fantastic job nullifying the threat of Dybala and didn’t look out of place alongside his more majestic teammates. He broke the deadlock for Real with a long shot that was deflected.

Controlled the rhythm of the game with a Xavi-esque feel. He started the move for the first goal by picking up a loose ball before passing it to Ronaldo.

the diminutive playmaker did what he does best, getting into pockets of space and exploiting that space. Assisted Ronaldo for Real’s third with a sumptuous cross.

Justified Zidane’s decision to leave Gareth Bale out of the starting lineup with a brilliant performance. He ran rings around Barzagli but could have done better with the two chances he had.

Produced a masterful half-turn to get around Bonucci which was an indicator of the long night Bonucci was going to have with him. Constantly switched sides with Ronaldo to great effect but his crossing wasn’t up to scratch.

Had a tough 10 minutes in the first as Juve started better in the 1st half but grew into the game and his goals show his transformation from an inside winger into a poacher. Left an indelible mark on the game just like a big-time player.

Got a nice goal which was positioned nicely after the cross by Marcelo, he is expected to be the future of Real.

Couldn’t contribute much as he seeks a move to Man Utd.