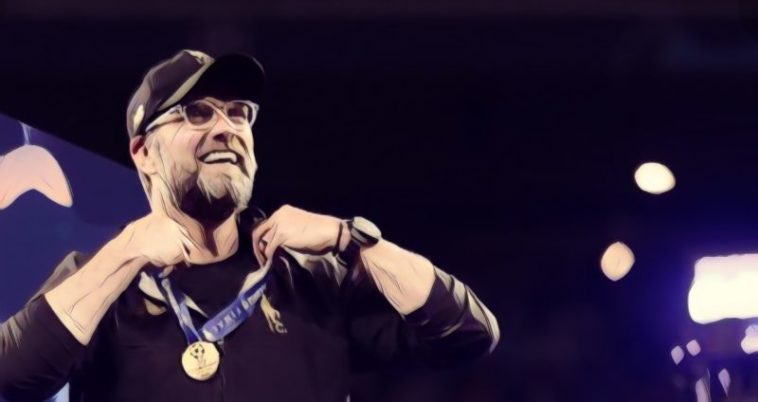 Jurgen Klopp has named Juventus as his favourites to win this season’s UEFA Champions League, while naming Bayern Munich, PSG, Barcelona and Man City among the contenders.

Liverpool are now just six victories from wrapping up a maiden Premier League crown, the Reds going into this afternoon’s game against Norwich a whopping 22 points ahead of nearest challengers, Manchester City.

With the title race potentially over by early April, Jurgen Klopp’s side are provided with an ideal opportunity to target a second consecutive Champions League title, having won their sixth European crown last June against Spurs in Madrid.

However, with the first leg of their last-16 tie against Atletico Madrid coming this week, the German has played down his side’s chances of back-to-back European success, citing Juventus‘ huge squad as a reason for installing them as his pre-season favourites.

“Juventus were my favourites before the season started but obviously I don’t watch Italian football enough because I cannot work out why they are not 10 points ahead at the top of Serie A,” Klopp said, as per the Guardian. “They have the biggest squad I have ever seen in my life; quality players too, it’s crazy.

“The Bayern Munich squad is also massive, PSG are incredible when they are all fit, you can never discount Barcelona and let’s not forget Manchester City because the Champions League will be one of their big targets.

“I have no clue how far we can go but there’s no need to think about it yet because at the moment all we need to concentrate on is Atlético on Tuesday.”

Quiz: Can you name every Champions League winner?