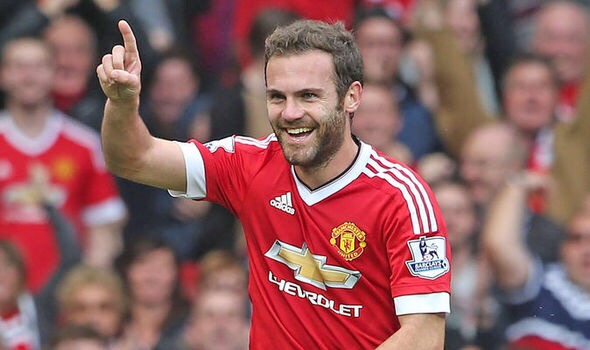 Manchester United star Juan Mata is on the brink of an Old Trafford exit with Everton favourites to seal a £20million transfer.

The 28-year old joined Manchester United in a £37.5million deal two-and-a-half years ago after falling out of favour with Jose Mourinho at Chelsea, who believed that the Spaniard was neither strong or quick enough to be a part of his attacking plans. With Jose Mourinho conducting the first sessions of Manchester United’s preseason training sessions today, it is believed that his opinions on the playmaker have not changed, and will look to offload him once again.

Everton have been wrongly linked with making a move for the midfielder, with a £20million bid being made by Ronald Koemans new club. Mata and Koeman briefly worked together during their time at Valencia and look set to be reunited once again at Goodison Park.

Zlatan Ibrahimovic’s arrival last week increased speculation of Mata’s departure, after Swede was seen asking what his squad number to be at Manchester United, to which the reply was number 8, which is of course Mata’s current squad number at United.