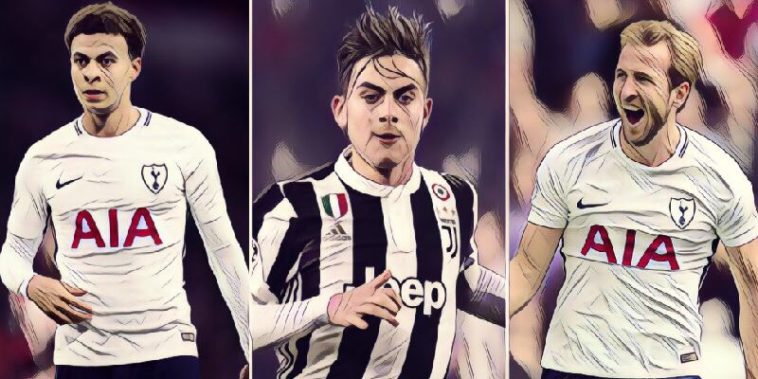 Jose Mourinho wants Manchester United to sign Harry Kane, Dele Alli and Paulo Dybala next summer as he looks to close the gap to Manchester City.

The Portuguese boss has recently suggested that Manchester United cannot match the spending power of their Manchester rivals, criticising Pep Guardiola of spending the kind of money on full backs that others spend on strikers.

However, according to Spanish publication Don Balon, the Portuguese wants United to delve into the transfer market once again in attempt to close the gap on Manchester City, with Harry Kane, Dele Alli and Paulo Dybala all on his list of targets.

Dybala is probably the most likely of the three, although reports recently have suggested that Juventus will not sell for less than €130m. The Argentine has spoken of his deep friendship with former Juventus and now United midfielder Paul Pogba and has been linked with a departure.

Dele Alli could also be a possibility, with the England midfielder in the process of changing his agent ahead of a rumoured move, which would also likely command a fee in excess of £100m. Both Alli and Dybala would be ideal players to play in the number 10 role with Henrikh Mkhitaryan out of favour and possibly set for the Old Trafford exit door.

Despite probably being the most perfect player to lead the line for United, record breaking Harry Kane would most likely command a transfer fee of around £200m – a fee I can’t personally see the club paying, especially having just spent £75m on Lukaku.