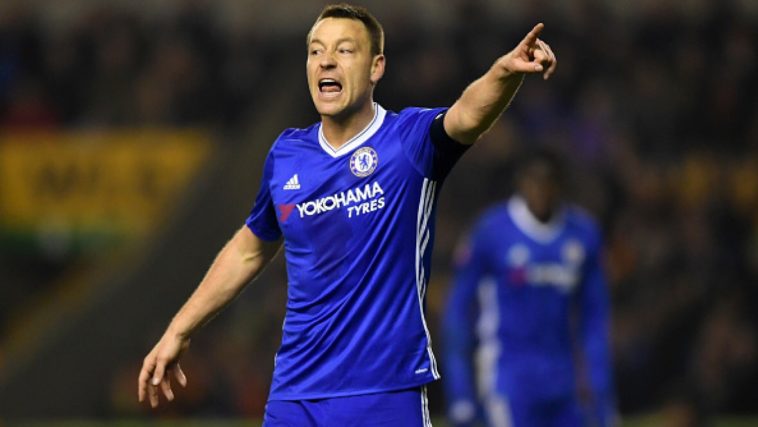 Earlier this week, John Terry announced that his Chelsea career will come to an end. The ‘Captain, Leader Legend’ is leaving the club. Here is the latest on the former England captains future.

After winning four Premier League titles, five FA Cups, three League Cups, one Champions League and one Europa League medal, John Terry decided that his time with the Blues is coming to an end thus summer.

Immediately after Terry’s announcement, West Bromwich Albion were installed as the favourites to capture his signature. With big clubs circling around Jonny Evans, and Tony Pulis being known for his strong defences, it is no surprise that Terry has been linked with a move to the Hawthorns.

Terry may not be the player he once was, but he clearly still has a lot to offer. This is something that has been noticed by a number of Premier League managers.

Today, the Mirror claims that West Ham boss Slaven Bilic has not ruled out a move for the defender. Despite an excellent season last year, they have struggled to compete this year, and aren’t yet mathematically safe from relegation. However after a few decent results in the last few weeks, their Premier League status should be assured for the 2017/18 campaign.

The Baggies and the Hammers aren’t the only clubs interested in Terry’s services.

The Star says that Swansea boss Paul Clement is also interested. However, with the Swans currently in the drop zone, two points adrift of Hull in 17th, Terry is unwilling to drop down to play in the Championship.

According to The Times though, Terry would like to continue living in Surrey. This, according to the article, puts Crystal Palace and Bournemouth in pole position for Terry’s services.

With all the speculation, here is what the bookmakers think.

Whatever happens this summer, it’s certain that there will be plenty of offers for the 36-year old up and down the Premier League.

Where would be the best club for John Terry? Which club would benefit the most from Terry’s services? Does JT still have what it takes to play in the Premier League? Leave us a comment below.