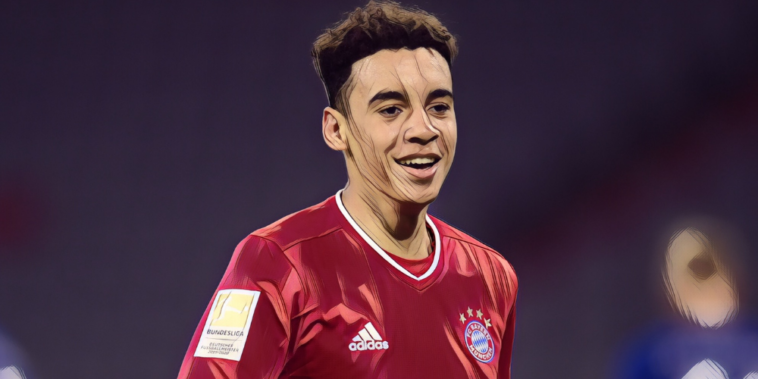 Jamal Musiala has confirmed his decision to represent Germany internationally, turning down the opportunity to play for England at senior level.

The teenager’s international future has been a source of contention with the Bayern Munich midfielder eligible for both nations and also Nigeria, with the 17-year-old having made a huge impression since moving to the Bundesliga champions from Chelsea in 2019.

The 17-year-old was born in Germany to a British-Nigerian father and German mother, but spent most of his childhood in England including several years within the academy system at Stamford Bridge.

Musiala – who scored during Bayern’s win at Lazio in the Champions League on Tuesday – has represented England and Germany at youth level, including making two appearances for the England U-21 side during November’s international break.

The midfielder has now pledged his international allegiance to Germany, however, though admits it was a difficult decision in choosing between the Three Lions and the country of his birth.

“What is best for my future? Where do I have more chances to play?” he told The Athletic

“In the end, I just listened to the feeling that over a long period of time kept telling me that it was the right decision to play for Germany, the land I was born in. Still, it wasn’t an easy decision for me.

“It is difficult to find words for what England means for me because I have so many memories connected to very positive emotions.”