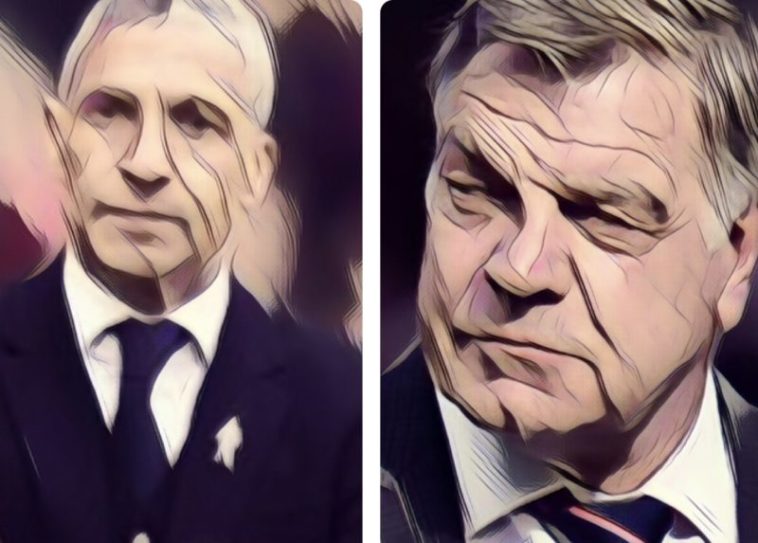 Mick McCarthy’s dry, sarcastic asides about the sacking culture in English football may have made a few people chuckle, but there is something deeply anachronistic about the Ireland manager’s attitude.

The former Wolves manager was speaking about Chris Hughton’s dismissal from Brighton last week. It was a decision that provoked widespread sympathy for the former Norwich and Newcastle boss, despite a dire run of just three wins in 23 Premier League matches.

The 60-year old had guided Brighton to two seasons of safety and admitted himself, he was surprised and disappointed by the decision. You could argue that Brighton’s board are guilty of expecting too much too soon. In the hothouse of the top flight, Brighton’s modest means are always going to see them struggle to make a major impact in the division.

However, it is Hughton’s successor at the Amex that tells us a lot more about the way in the which The Seagulls wish to conduct whatever ultimately remains of their time in the Premier League. In fact, they are the latest in a string of clubs to discard of old school managers and turn to the next generation of emerging young coaches. It’s a move that goes some way to showing just how time is slipping away for the older generation of managers in the game.

Changing of the guard

As Graham Potter becomes the latest rising star of management to arrive fresh-faced in the top flight, you cannot help but feel a changing of the guard moment is upon us.

Potter’s rise through the Swedish lower league’s with Ostersunds FK has been well documented and celebrated.

Just last year the Midlands-born boss was still plying his trade in the Allsvenskan. For him to be replacing such a solid and well respected coach in the Premier League, 12 months later is quite remarkable. It is though, rather a sign of the times.

Potter’s stint at Swansea showed he could transfer his expansive, possession-based game to a more competitive league. No disrespect to Swedish football, but you cannot dispute that the madhouse of the Championship is a whole different ball game.

Potter’s Swansea City may not have made the play-offs but they did win admirers for his adventurous and flexible formations. He is known for often changing shapes and systems two or three times in a match, with his players adapting well to these demands on the pitch.

A football education drawn out of studying Dutch and Spanish football; Potter is clearly cut from a different cloth to some of his new managerial peers in the top flight.

Some of his more quirky methods, such as making his Ostersund players participate in local community theatre productions, as a means of easing them out of their comfort zones, shows a man not afraid to go maverick in his approach.

He has demonstrated that there are still different routes available to success in the game. In an age of high pressing, expansive total football producing some wonderful results at a variety of levels, it becomes clearer to see why Brighton have made their approach for Potter at the expense of Hughton.

This contrast in new styles is set against the methods that were once abundant in the top flight of English football. Hughton’s style of attrition at Brighton was fine when they were comfortable, however, once the rot set in, it was clear there no plan B. Players had calcified and were unable to break free of a restrictive style of football that yielded just 69 goals in 76 Premier League games.

Hughton is an affable guy, but his defend by numbers and direct approach are just as simplistic as some of the other, less palatable coaches of his generation. Big Sam, Pulis, O’Neil, Pardew et al, they all represent a high church of cynical, limited direct football that does little to inspire or bring on talented youngsters.

Just as Allardyce was hounded out of Goodison Park last summer, we have seen this pattern spread beyond the top flight, to the Championship this season. Even in the second tier, a stripped back, direct approach is being considered in a less than favourable light these days.

Leeds, Norwich City, Sheffield United and Derby County have all favoured a more expansive style on the pitch this season. In their quest for a play-off push, Middlesbrough, guided by veteran coach Tony Pulis managed the joint best defensive record in the division. However, the Riverside faithful grew more and more frustrated with Pulis’s perceived negative approach and they were ultimately left short with 49 goals scored all season, the fewest of any top half side.

Growing supporter disillusionment to the long ball purveyor that is Tony Pulis, helped force Steve Gibson’s hand this month as the axe finally fell on the former West Brom manager.

The message is becoming louder and clearer for the old school lads. Fans want to see a bit more guile and creativity. The players most certainly need a more dynamic, less pragmatic coach as well – especially younger prospects coming through the ranks.

With Roy Hodgson guiding Palace to safety yet again this season and Sean Dyche continuing to win friends with Burnley’s ongoing success story; there are still some footholds at the bigger jobs in English football for the old guard and their long ball ways. However, the current trends indicate that we may be slowly and finally turning the page on the long ball merchants of English football.