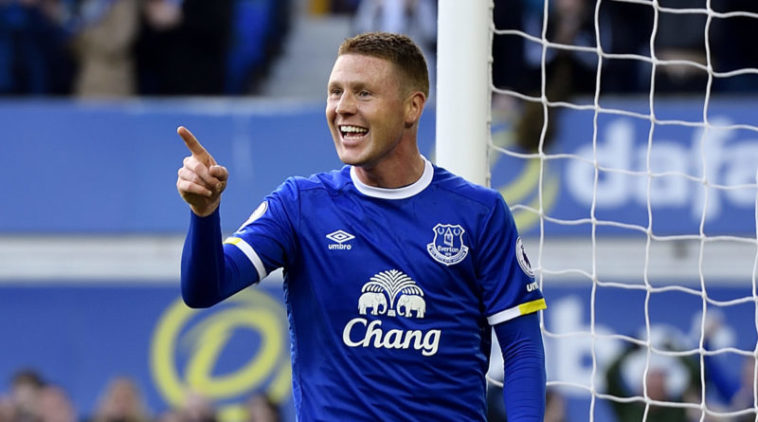 When the team news came out for the game against West Brom many people were surprised to see Gareth Barry’s name in the Starting XI but what didn’t surprise many people at this point was the absence of James McCarthy.

The Scottish born Irish international has missed most of this season with injuries, and it seems he simply can’t shake his problems to recapture his regular place in the team.

I think it’s gotten to the stage where it’s best for everyone if McCarthy leaves Everton come the summer for a fresh start.

There was much interest in him in January with the likes of Newcastle and Crystal Palace rumoured to be very interested in acquiring his services. Surprisingly, he remained at Everton and Ronald Koeman claimed the midfielder still had a future at Everton, but that doesn’t seem to be panning out very well for anyone.

The player has been not only ravaged with injures, but his place in the team isn’t guaranteed anymore. At first it was the signing of Idrissa Gueye that would’ve set off alarm bells for the Irish international. This was then followed with Morgan Schneiderlin joining in January. These two are the clear first choice pair and with Tom Davies, Gareth Barry and Muhammed Besic who’s soon to return, their deputies.

It’s fair to say that McCarthy is simply too good to be warming the bench. It is also a poor financial move by the club to not try to move him on when he’s not part of the plans. He wants to play and the club can’t simply stockpile players who’s value diminishes week by week by staying on the bench.

It’s not a question of his quality because he’s clearly a good player. He has improved under Ronald Koeman, but as with Darron Gibson, just because a player has the quality, it doesn’t necessarily mean that they should be kept around occupying a squad space and taking in large wages.

Unlike fellow injury list occupiers like Arouna Kone, McCarthy could actually contribute something to the squad but unfortunately it doesn’t seem like he’s going to get over his injury problems any time soon.

With another spell on the sidelines rumoured to be around six weeks, he’ll be pushed further and further down the pecking order. He might struggle to find a place in the squad upon his return.

Central midfield is probably Everton’s strongest area at the moment and could conceivably improve further in the Summer. To keep McCarthy around when he could be stopping the progress of Tom Davies or another young player would be wrong. It would be a bad move for a player who week by week can’t be depended on to be fit and be able to take part.

Ultimately it is a sad situation as he could’ve potentially been a massive player for Everton for years. He still could be if he could get past these issues but it’s not looking at all likely at this time and it’d be best for everyone if he was given a chance elsewhere.

Should Everton keep hold of McCarthy? Should the Irish International be moved on? Please leave a comment below and support Football Faithful by sharing this article on social media.