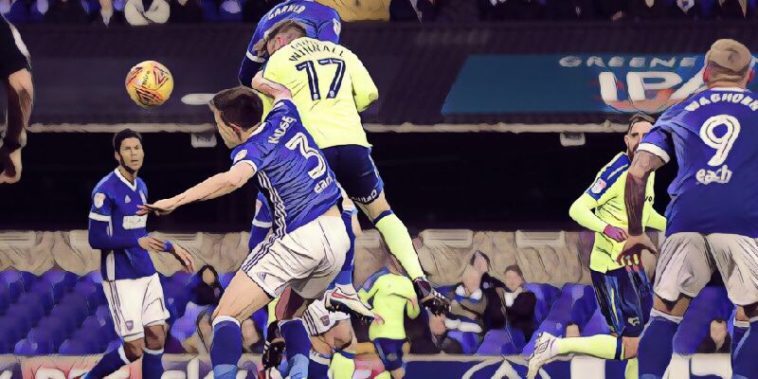 Derby County climbed to second in the Sky Bet Championship table with a win over Mick McCarthy’s Ipswich in a win that extends The Rams’ unbeaten run to six matches.

Gary Rowett had made five changes from the side that drew with Hull on Boxing Day, as Derby were looking to record their sixth consecutive clean sheet, a feat they haven’t achieved in over a century. And it looked as if they may go on to equal their record when Sam Winnall headed them in front after 13 minutes.

Derby have lost just once in the league this season when they have scored the opening goal, and things didn’t look good for Ipswich in what was a poor first half showing. The home side’s best chance came from a corner, Everton loanee Callum Connolly seeing his effort cleared off the line by Derby’s goalscorer Sam Winnall.

Winnall’s loan is up in January, and if Rowett wasn’t planning on extending it before the visit to Portman Road, he definitely should be. The 26-year-old lashed in his second of the game just after the break to take his tally for the season to seven goals, and seemingly put The Rams out of sight.

Ipswich did show some fight in the second half however, and had looked a threat from corners all afternoon. Joe Garner pulled one back for the Tractor Boys to inspire an Ipswich onslaught for the last 20 minutes.

However, Derby have been resilient away from home and haven’t lost on the road since September 16th, and their grit showed as they held off McCarthy’s men to take all three points from the game.

Ipswich continue to linger in mid table and face a tricky trip to Fulham on Tuesday night, meanwhile Derby have a home tie against Sheffield United on New Year’s Day.