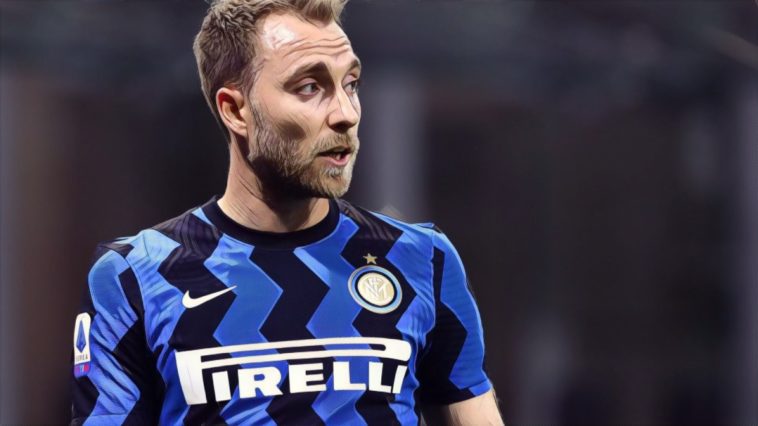 Inter Milan have confirmed that the club have reached an agreement to terminate the contract of Christian Eriksen, following discussions with the midfielder.

Eriksen has not returned to football since suffering a cardiac arrest during Denmark’s Euro 2020 opener against Finland last summer, with the 29-year-old having had his life saved courtesy of CPR and a defibrillator during distressing scenes at the tournament.

Inter have supported the player’s recovery in the following months, with Eriksen having since been fitted with a ICD [implantable cardioverter defibrillator] heart-starting device following the incident.

Serie A does not permit players to feature in Italian football’s top division with such device, with Inter Milan having announced on the club’s official website that a decision has been mutually reached to terminate Eriksen’s contract.

Other European leagues permit players to play with cardio-related devices and speculation has linked Eriksen with a return to former side Ajax, where ex-teammate Daley Blind continues to feature despite his own fitting of an ICD in December 2019.

Eriksen spent six-and-a-half seasons with Tottenham before signing for Inter Milan, making 305 appearances and scoring 69 goals for the north London side.

The decision to terminate his contract opens up the prospect of a potential return to the sport, in a week where former Manchester City forward Sergio Aguero announced his retirement from football after being diagnosed with cardiac arrhythmia (irregular heartbeat).