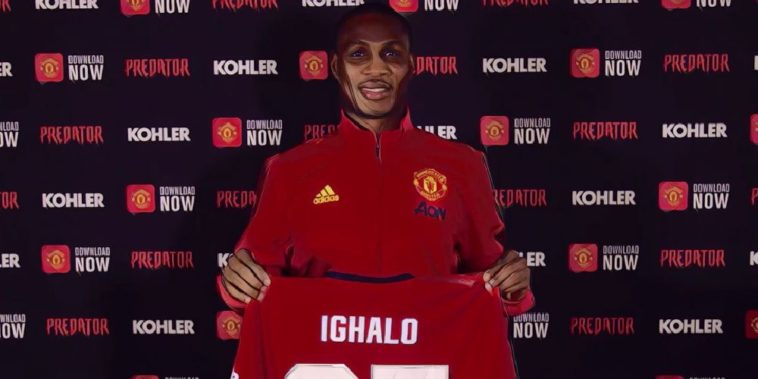 Odion Ighalo has opened up on his dream move to Manchester United and admits he ‘never’ imagined he would get the opportunity to represent his boyhood side.

The Nigerian international moved to Old Trafford on a six-month loan deal from Shanghai Shenhua during the January transfer window and has made an immediate impression, scoring four goals in just three starts including a fine effort against LASK in the Europa League in midweek.

Ighalo has quickly become a fans’ favourite and has made no secret of his previous affection for the club, the forward now opening up on an opportunity he ‘never’ imagined could happen during a youth spent supporting the Red Devils.

“When you say those kinds of things (about playing for United when he was a child), people say ‘are you crazy?’ because back then you don’t even know what the future holds,” Ighalo told beIN Sports.

“First you just want to go outside the country to start playing – even for a small team, not even to talk of going to United.

“But my support for the team was great. I tried to see every game of United every weekend if possible. I still remember those memories.

“I never imagined it was going to turn out this way. Even when I played in the Premier League for Watford, I never thought this was going to happen.”

Football’s Coronavirus chaos: Assessing four options for how the season could eventually be brought to an end