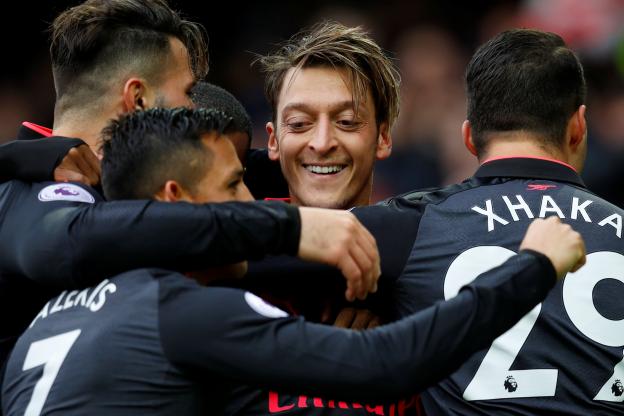 Arsenal legend Ian Wright has slammed the decision to keep Alexis Sanchez and Mesut Ozil at the club.

The Sanchez and Ozil saga’s which were something that ran for the duration of the summer, with Sanchez close to making a £60m move on transfer deadline day, but Arsenal’s inability to sign a replacement scuppered the deal.

The rumours surrounding the duo’s future as unsurprisingly continued into this season, the the possibility of one or both leaving in January while they still have some transfer value.

Both players are out of contract in the summer, meaning that the Gunners could lose in £100m worth of talent for nothing.

Asked by Sky Sports if Arsenal should sell the pair in January, Wright had this to say:

“Yeah absolutely, I’d have got rid of them [in the summer].

“I’d have got rid of him simply because I think the longer he is staying there, the more he is hindering everybody else.

“We need to get rid, start again, and get going.”

Wright also had damning words about the current direction the club is heading in, and slammed the current clubs owners for their lack of interest:

“There seems to be a rudderless vibe about us, simply because, I believe that the owner that we have got is not somebody that is interested in what we are doing, and that feeds down.

“I don’t think there is enough accountability”

After their recent defeat to Manchester City,  it doesn’t get any easier for Arsene Wenger as they host Tottenham Hotspur at the Emirates after the international break.