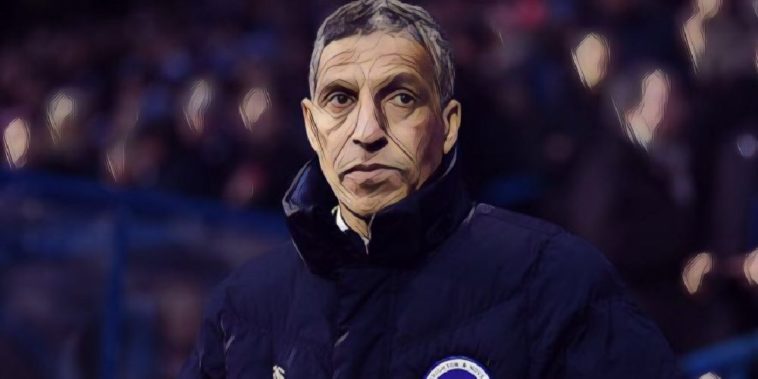 Chris Hughton has described Brighton’s 1-0 win over Everton as ‘valuable’ as they edge a step closer to securing their Premier League status.

Brighton grabbed the three points at the AmEx thanks to a second-half strike from Jurgen Locadia, in a result which leaves the Seagulls in 13th in the league, just two points behind today’s visitors.

Speaking after the game, Brighton boss Hughton admitted that while his side were hanging on at times, he said that matchwinner Locadia deserved his 59th minute goal.

“Valuable win for us against a very good team. We were holding on a bit at the end, they went to a 4-2-4 with real quality up front. But I thought we were good value for our win against a team in very good form,” Hughton told BBC Sport.

“We wanted start this well in other matches, and sometimes a bit of fear sets in against the big teams. Generally at home we are good and start well. That lifted the crowd, the players had the confidence to go through the game. We had good enough passages throughout to win the game.

“For all David Button’s experience it is not easy for a keeper to just step in. Mat Ryan has been good for us. Button was excellent today. You train as hard as he does, when you step into a match you’re going to play well.

“Locadia had a bit of fortune, but he was in the right place. He is used to scoring goals and had to wait a while. Pleased for him, he’s worked hard for it.

“It has been a good year on the back of two good performances against two good teams. It puts us in good stead.”

The result leaves Brighton on 25 points, 10 points clear of the relegation zone.