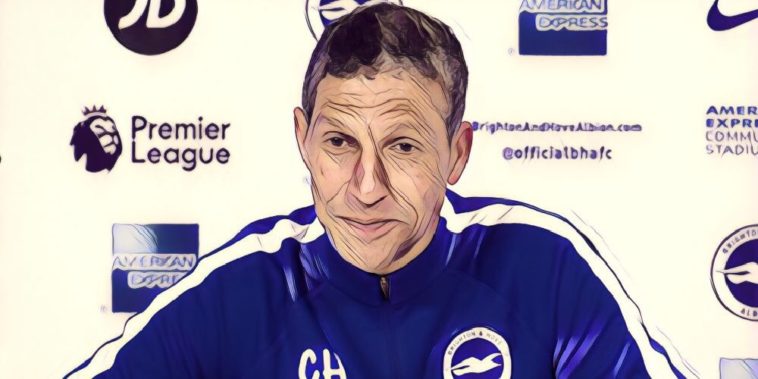 Brighton boss Chris Hughton is looking to come up with a ‘strategy’ that will give his side an advantage as they prepare to face league leaders Liverpool at the AmEx this weekend.

Liverpool have had a sensational season so far, and despite suffering their first league defeat of the season last Thursday at the hands of Man City, they still sit four points clear at the top of the Premier League table.

Jurgen Klopp’s men take the long trip to the south coast this weekend to face Brighton, with the Seagulls having a very good record at home, winning five and drawing three of their 10 games at the AmEx.

However, as they prepare to face one of their toughest tests of the season, Chris Hughton has discussed how he plans to get a result on Saturday.

“There’s not any team that plays against them that can afford to not have a defensive strategy – but you also need a strategy to get out and keep the ball. We need a strategy to give them a real game,” Hughton told reporters at his pre-match press conference.

“We’re in decent form. We’re at home and we’ll need to make the most of any advantages that we have.”

The former Newcastle boss was in no doubt of the enormity of the task ahead, labelling the Merseyside side as ‘the best team in the league’:

“At this moment, Liverpool are the best team in the league. I think we did really well at Anfield earlier this season. Anything that we can get will show how far we’ve come,” Hughton added.

“I think he [Jurgen Klopp] has been outstanding for the game here. This season shows what a great job he’s done. Liverpool are better prepared and it’s all led by him.”