Chelsea have opened talks with Eden Hazard regarding a mega new contract in order to fend off interested from Real Madrid.

Hazard has been heavily linked with a move to the Spanish capital for a number of years, with both the player and Real Madrid boss Zinedine Zidane speaking of their mutual admiration for each other.

It is thought that Hazard could be a replacement for any of the BBC attack of Gareth Bale, Karim Benzema and Cristiano Ronaldo, all of who have been linked with leaving Los Blancos in recent weeks as the club look to bounce back ahead of next season. 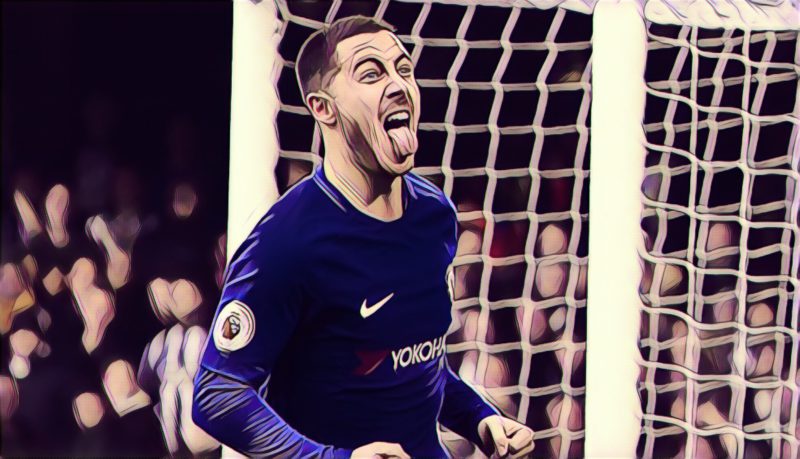 However, according to the Mail, Chelsea have opened talks with the Belgian regarding a new contract which would see him become one of the highest paid earners in the Premier League, with a £300,000-a-week deal thought to be on the table.

While Hazard has constantly stated he is happy at Stamford Bridge, it is known that he is also intrigued by the idea of playing for the current European champions.

One deciding factor for the 27-year-old could be where Chelsea finish in the table this season. The 2-1 defeat to Manchester United at the weekend saw them drop two points behind Tottenham and into fifth. They have a crucial few weeks ahead, with runaway League leaders Manchester City to play at the weekend before the second leg of their last 16 Champions League tie against Barcelona.

Hazard currently has a little over two years remaining on his current deal which runs out in 2020.