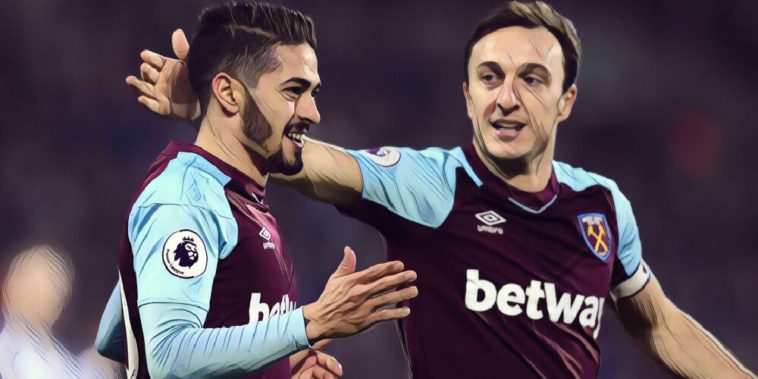 A storming second half performance saw the Hammers ease past a disappointing Huddersfield Town. Here are five things we learned.

After a tricky start to his tenure, David Moyes and his backroom staff seem to be getting it right and turning the Hammers into a much more durable outfit.

The Hammers have lost only once since November and yesterday’s victory moved them up to eleventh position in the Premier League.

Fans are now looking up the table instead of down, as confidence in the team to continue putting in these these performances grows.

Record summer signing Marko Arnautovic is certainly a key player for Moyes’ West Ham team and his continued fitness is vital to the team’s revival.

Arnautovic’s performance against Huddersfield was imperious as he scored one and had a hand in the team’s other three goals.

After a poor start to his Hammers career, Moyes seems to have got the Austrian international playing his best football, and as a West Ham fan I hope this continues.

West Ham are better on the road

The Hammers’ last four league away games have yielded two wins and two draws, and if there hadn’t been some appalling refereeing at Bournemouth, it would have been three wins.

All of a sudden the Hammers are now turning draws into wins, as before under Slaven Bilic, late conceded goals continually denied the Hammers away victories.

Moyes has certainly found a way of playing away from home that suits the personnel he inherited. The Hammers have pace in abundance and the quick counter-attacking game is certainly the way to go for West Ham.

After an excellent start to the season, the Terriers have hit the buffers and need a boost. Some reinforcements during the January transfer window may be needed in order to keep the Yorkshiremen in the Premier League.

Huddersfield’s passing game is a creditable way of playing, but unfortunately teams seem to have worked them out and West Ham’s victory yesterday was a case in point.

Continually trying to play their way out of defence was Huddersfield’s downfall, as the Hammers pressing game and quick counter attacking made for an easy away win.

West Ham’s win over Huddersfield means they have 25 points, one behind Watford who are tenth in the Premier League table.

This season’s relegation battle currently involves all the teams from and including the Hornets downwards, and that’s 11 teams. The title race may already be over, but the trapdoor into the Championship looks like it will remain open until the last weekend of the season.

The three teams that gained promotion last term – Huddersfield included – all look like relegation candidates. However, I predict the Terriers will stay up, and Brighton will join Swansea and Manchester United – sorry only joking – Bournemouth in the second tier next season.