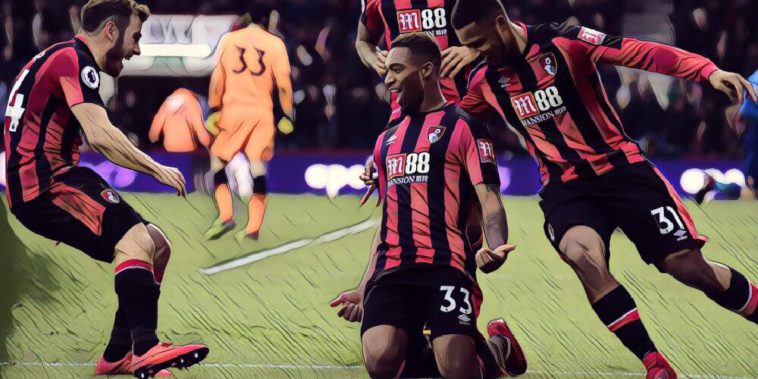 Arsenal’s problems reach a new high as the Gunners saw themselves lose 2-1 to a struggling Bournemouth side that climbed from 17th to 13th in the table after the impressive performance. This was the first time Bournemouth have ever defeated Arsenal in a Premier League game. Here are five things we learned from the game.

Arsenal need to move on

The Gunners have been heavily dependent on Mesut Özil and Alexis Sanchez in the last few years and have always struggled in their absence. The game against Bournemouth was a classic example of the same. They struggled to create something, and when they did, struggled to convert it into a goal.

Both Alexis and Özil have not extended their contracts with Arsenal. The former  could actually leave Arsenal in the next 48 hours. Considering this, Arsenal really need to move on and start thinking about life after Alexis and Özil. Being so dependent on two players has hurt Arsenal a lot till now, and could hurt them even more in the future.

Arsenal’s record signing Alexandre Lacazette has now not scored since December 2nd. The forward has not had a goal to his name for nine Premier League games now, his worst ever goal drought since October 2013. And certainly, it is affecting Arsenal’s results.

However, he is not to be blamed completely. The lack of service for the striker is really annoying to watch for Arsenal fans. Against Bournemouth for instance, where he was visible only occasionally as he was receiving very little help from his teammates. His return to form is quite essential if Arsenal are to have any chance of getting anywhere near the top four.

Arsenal need to act in this window

Arsenal have to act and make some high profile signings this month. They are struggling offensively and defensively, and should get some business done as soon as possible. Especially with Alexis Sanchez almost certain to leave this month, Arsenal should get a replacement or else the problems will continue for the club.

Malcom from Bordeaux has come out to be a name as a potential replacement. The Gunners have also been linked with Leicester’s Riyad Mahrez. Whoever it is, Arsenal should act quickly and get things done before the situation becomes worse.

Arsenal have failed to renew Alexis and Özil’s contracts, and should learn from their mistakes. Jack Wilshere is one of the best midfielders in the country when fit. And if there was any one positive from Arsenal’s performance against Bournemouth, it was Jack Wilshere.

Arsenal have not offered him a contract yet, and his current deal expires in six months time. At this time, one of Arsenal’s top priorities should be extending his contract. However, there has been no news about Jack being offered a new deal yet.

Bournemouth are not giving up so early

Bournemouth climbed to 13th in the Premier League Table after gaining the valuable three points against Arsenal. This victory could be really crucial in their Premier League survival struggle.

Eight points separate ten teams in the bottom half of the table, so the relegation battle this season is going to be worth watching. Bournemouth see themselves above Huddersfield Town on goal difference for now, as Eddie Howe will take a breath of relief after a long time. But only time will tell how important these three points against giants Arsenal will turn out to be for the Cherries.