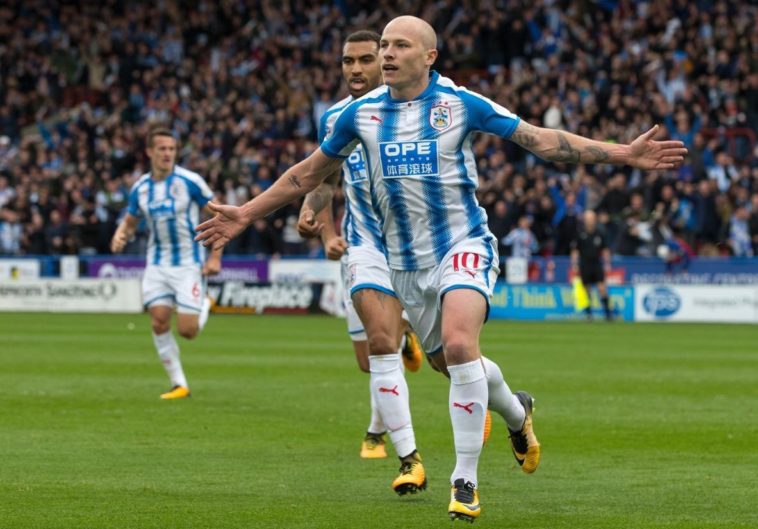 Goals from Aaron Mooy and Laurent Depoitre gave the Terriers a stunning win, and ended Manchester United’s unbeaten league start in their first visit to Huddersfield since 1971.

The game got off to a fast-paced start, with Romelu Lukaku having a shot saved by Jonas Lossl in the 6th minute. Less than sixty seconds later, Anthony Martial and Tommy Smith got into an off-the-ball clash that resulted in yellow cards for both men.

With the crowd at the John Smith’s Stadium roaring, the game grew feistier, with fouls on both sides. Ashley Young whipped in a couple of good crosses, leading to off-target attempts for Lukaku and Ander Herrera.

With Huddersfield growing into the game, things took a turn for United, when Phil Jones was forced to leave the field with a suspected quadriceps injury. Six minutes later, things got worse.

Juan Mata lost the ball in the midfield to Aaron Mooy, and the Australian surged towards the United penalty area, feeding the ball to Tom Ince. David de Gea saved the initial attempt, but had no chance as Mooy swept home the rebound to send the Huddersfield faithful into the dreamland in the 28th minute.

Five minutes later, they were two up. Lossl launched a long ball over the top, and Jones’ replacement, Victor Lindelof, made a mess of an attempted header back to de Gea. The ball dropped for Laurent Depoitre, who went around the keeper and slotted home to make it 2-0.

United turned up the pressure at the end off the half, winning a series of corners, but the closest they came was a Nemanja Matic shot that was deflected wide, while Huddersfield were forced to bring on Rajiv van la Parra for Elias Kachunga, who left with a back complaint.

At halftime, a livid looking Jose Mourinho made two changes, bringing off the ineffective Mata and Martial off for Henrikh Mkhitaryan and Marcus Rashford, and switching to a back three. Herrera dropped into defence and Rashford went up top with Lukaku in a 3-4-1-2 formation.

Huddersfield did an excellent job containing United as the second half progressed, getting men behind the ball, and frustrating the visitors. United did not muster another shot on target until the 76th minute, when Lossl made an excellent save to deny a flicked header for Herrera.

Two minutes later, Lukaku did well to keep the ball in play, and whipped in a left-footed cross for Rashford to head home at the back post to give United hope.

The constant pressure in the last ten minutes nearly paid off, as the ball fell to Chris Smalling in the final minute of injury time. With the goal at his mercy, the defender was about to pull the trigger, when Mathias Jorgensen hurled himself in front of the ball to ensure that Huddersfield completed a famous victory.