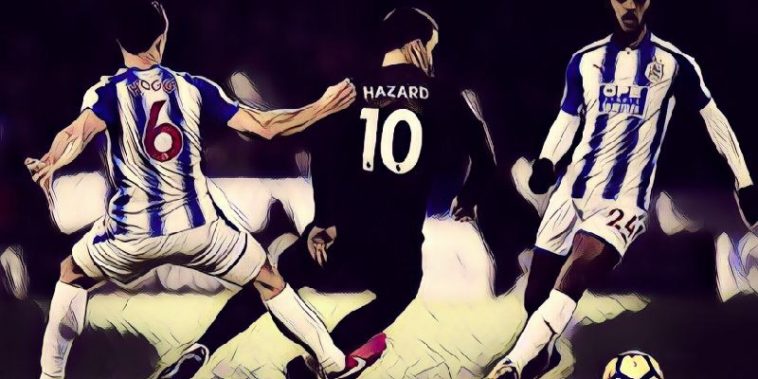 Chelsea bounced back with an impressive display on a rainy night at the John Smith’s Stadium. Here are five things we learned.

Chelsea went back to using the wing backs

The problem with Chelsea’s previous match against West Ham, is that they kept trying to play through the middle, which West Ham were happy with. Huddersfield set up in a similar manner, blocking out the space in the middle – but this time Chelsea utilised the space on the wings.

A diagonal ball into either Alonso or Moses was played multiple times. Chelsea’s 2nd and 3rd goals came from crosses on the wing, from Alonso. Chelsea will pose more questions of future opponents, wherever you allow them space, they’ll be clinical.

From one goalkeeping error to another

Courtois made the mistake in the previous game of playing out from the box despite the high press from West Ham – which resulted in Arnautovic’s goal. Lossl, did the same in this game. What goes around comes around.

There have been far too many goals gifted to teams this season, surely hoofing the ball up the pitch is sometimes a better option?

Conte unsure of what is Chelsea’s best XI?

When Hazard, Pedro and Willian link up it is a beautiful sight, but this line-up leaves no room for Morata. Is Conte sure on the best XI for Chelsea yet?

Willian has surely set a claim to start, with two assists and a goal, making it the first time in his career he has been involved in theee goals

He links up beautifully with Hazard too, those two with Morata? Oh but what about Pedro and Fabregas and Michy? A nice problem to have maybe, but a problem nonetheless.

The direct approach is sometimes the best approach

A newly promoted team won’t be judged on their results against the top sides, but Huddersfield have shown they can compete. They only suffered a late and narrow defeat against runaway leaders Manchester City and let’s not forget they beat Man United. The direct approach should be how they set up vs the top teams, their consolation goal a prime example.

All the top 7 (Burnley excluded) seem to have a leaky defence at times but make up for it by scoring more goals than the opposing team.

If Huddersfield have any chance against the top sides, they need to play more direct when they have the ball and be braver with it, Chelsea dominated for about 60 minutes and eventually, after defending for an hour, your defenders will tire.

Of the 31 goals Chelsea have scored in the league this season, almost a third (10) have been headers. That is the most in the League, they also only managed 8 last season. People regard Chelsea as the silky footballing side, with Hazard’s jinks, Fabregas’ dinks and Pedros smashes, but this season headers are becoming a pivotal way to how they play.

The signing of Morata does aid that but more importantly it means that if they can not play through a team, they have the wing backs in place who can put a good ball in and they have players who can put the ball in the net.