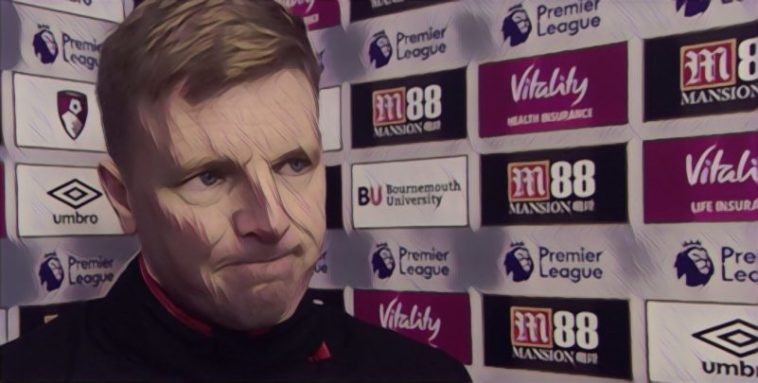 Eddie Howe has said that Bournemouth’s 3-1 defeat against Burnley was down to a whole host of mistakes.

Having taken the lead courtesy of an Ashley Barnes own goal, Bournemouth goalkeeper Asmir Begovic flapped at a Burnley corner to gift the visitors an equaliser.

Ashley Westwood put the Clarets ahead two minutes later, before they wrapped up a 3-1 win in the second half after some more suspect defending and goalkeeping.

Speaking afterwards, Eddie Howe admitted that confidence within his squad is low.

“There were lots of elements from our performance today which wasn’t great,” Howe told Sky Sports.

“I have always backed our goalkeepers. Mistakes happen in football. Today we made numerous mistakes in areas we wouldn’t expect them to happen.

“We pride ourselves on our professionalism and our ability to never give up. It didn’t look like that today. We are on a difficult run and confidence is maybe a bit low but the season isn’t over yet.

“It is difficult to set those benchmarks. We wanted to improve this season. Whether we have, I don’t know. We haven’t performed in front of our home supporters today which is desperately disappointing.”