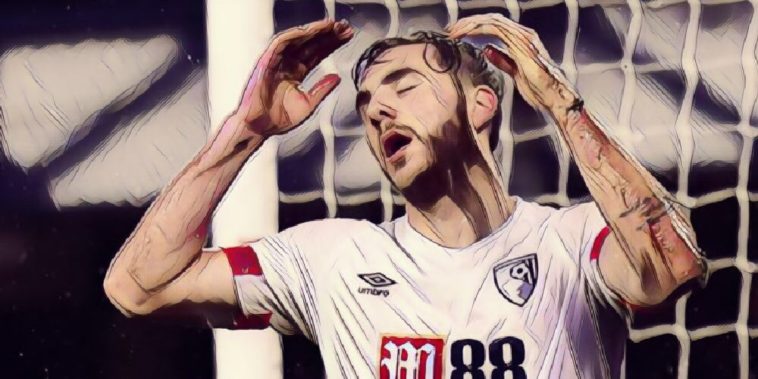 Eddie Howe has insisted that his side played very well, despite falling to a 2-0 defeat to Everton this afternoon, as their dreadful away form continues.

The Cherries dominated proceedings at a rain-sodden Goodison Park, especially in the first half, but were unable to find a way through the Everton backline.

They fell behind after the break when an unmarked Kurt Zouma headed home from close range before Dominic Calvert-Lewin scored with virtually the last kick of the game to secure all three points.

Bournemouth have won just three times on the road this season, losing the other eight league games, but speaking after the game, Eddie Howe said that his side played very well but were just lacking a bit of luck.

“I thought we played well today, we started the game well and we had a good chance with David Brooks but that’s how it is going for us. A lot of elements were really strong but ultimately it goes against us,” Howe told the BBC.

“It will change for us if we continue to hit those levels we were at today, but when you’re in that moment, that win seems elusive.”

The result leaves Bournemouth in 12th in the Premier League, while Everton move up to 10th ahead of Wolves, who play Man City tomorrow night at the Etihad.