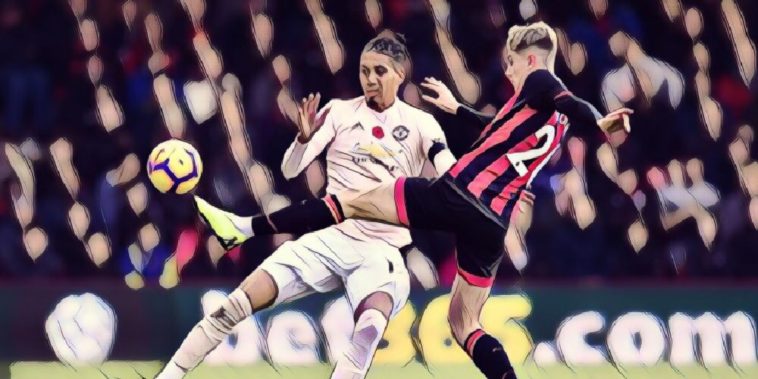 Eddie Howe has praised Bournemouth youngster David Brooks after he put in a mature performance against Manchester United this afternoon.

The 21-year-old only arrived at the Vitality stadium this summer having impressed for Championship side Sheffield United, but has started ten of the Cherries’ eleven league games so far this season.

The youngster is the latest to make a seamless step up from the second tier to the Premier League, slotting into Eddie Howe’s side on the right of midfield with great ease.

However, in today’s game against Manchester United, Brooks was asked to play in a more central role just behind striker Callum Wilson, but took the change of position in his stride, and was involved in a lot of Bournemouth’s excellent attacking play, especially in the first half.

Speaking after the game, Eddie Howe picked out the Welshman for praise:

“Today was a different role for Brooks and he did very well again, and was behind a lot of our creative football,” Howe told BBC Sport.

“It is a very demanding league physically and questions are to be asked defensively but he has done that very quickly. If you’re good enough you are old enough.”

The South Coast club took the lead through Wilson, but would eventually succumb to a second-half Manchester United onslaught, with Marcus Rashford stabbing home a 92nd minute winner following Anthony Martial’s equaliser towards the end of the first half.