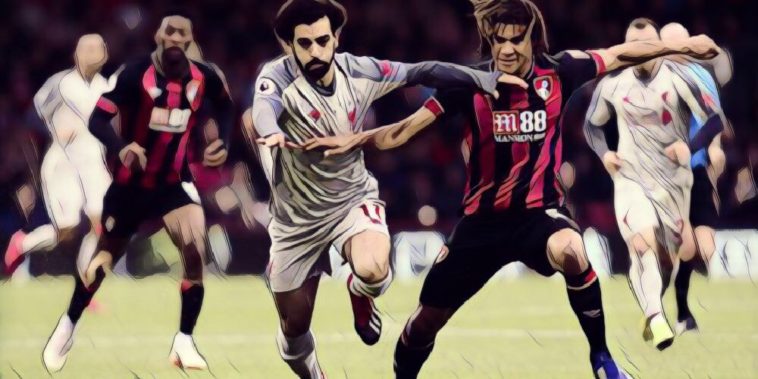 Eddie Howe was not a happy man after watching his Bournemouth side on the wrong end of a 4-0 drubbing against Liverpool this afternoon.

It was never going to be an easy task for Bournemouth to get anything out of this afternoons game, especially considering Liverpool came into it with their unbeaten record in the league intact, while Bournemouth had lost four of their last five.

Things weren’t made any easier for the Cherries when top scorer Callum Wilson was ruled out of the game with a hamstring injury, only for their problems to be compounded when Mohamed Salah opened the scoring, despite being offside.

Salah went on to score a hat-trick, while Bournemouth’s Steve Cook scored an own goal, and speaking after the game, Eddie Howe said that he had plenty of complaints:

“I have many complaints. He [Mo Salah] was offside [for the first goal]. It has a huge bearing on the match. We were fine until that moment. It changes the game,” Howe told BBC’s MOTD.

“It was difficult for us [losing Callum Wilson]. We have to deal with players who aren’t here and can’t use that as an excuse. We still had a competitive team on the pitch. The first goal is key and then we made some mistakes at bad times.

“At half-time I thought we were well in this match. I expected a very different second half. We just had to manage the score-line. It is a tough league. We are disappointed as it’s another game that has gone away from us.”