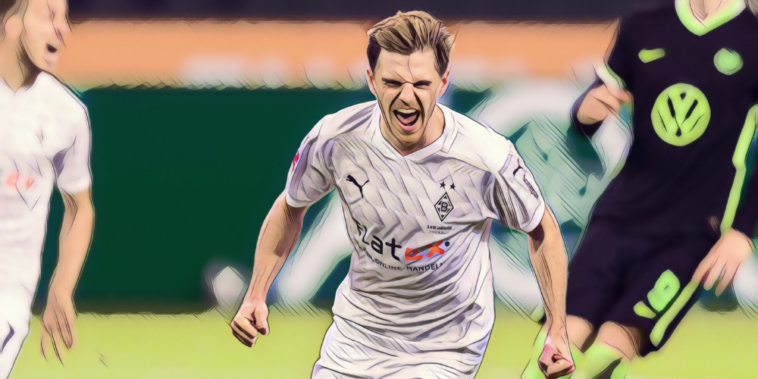 German midfielder Jonas Hofmann has hinted that Chelsea have made contact about a potential summer move, following some impressive showings in recent seasons.

The Borussia Monchengladbach star has been in excellent form in the Champions League and the Bundesliga this season, scoring seven times and providing 11 assists in all competition thus far.

The versatile midfielder – who can play on the wing or in the centre of midfield – was previously linked with a move to Tottenham in 2019, before extending his contract at his current club until 2023.

However, following the news that current Gladbach boss Marco Rose is set to join Borussia Dortmund at the end of campaign, a number of players have been linked with an exit from the German club.

According to the Daily Mail, Hofmann is one player who has caught the attention of rival clubs and the midfielder hinted at an approach from Chelsea when questioned on rumoured interest from the west London side.

The 28-year-old previously worked under Blues head coach Thomas Tuchel at Dortmund, with a potential reunion on the cards as the former Paris Saint-Germain boss looks to reshape his new squad ahead of next season.

Not only is he a player known to Tuchel, but he would also come pretty cheap, the report suggesting that he would cost as little as £14m to take to Stamford Bridge.

After spending well over £200m last summer, signing a quality player for such a small fee may be an attractive prospect for the Chelsea board, particularly with the current financial implications of the ongoing pandemic.

As for Hofmann himself, while he is clearly performing well in Germany, when asked about a possible move to England, he admitted: ‘I think it’s clear that other clubs will notice you if you perform well. Therefore, it is possible that one or the other has already asked.’