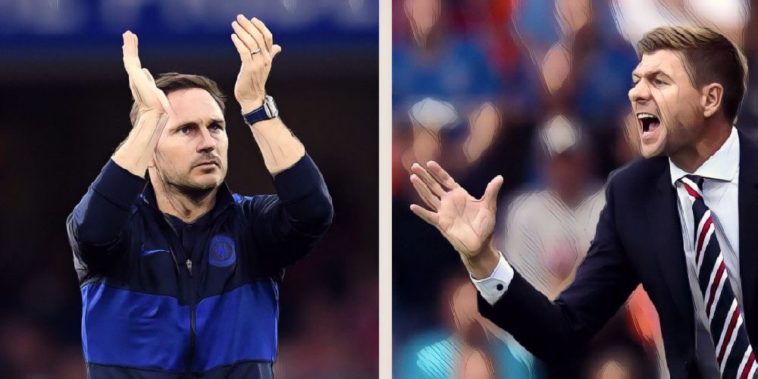 Crystal Palace manager Roy Hodgson says he had ‘no doubts’ that Frank Lampard and Steven Gerrard would go on to succeed in football management.

Hodgson managed the duo during his time in charge of the England national side and has seen the former internationals flourish since moving into management, with Lampard having taken over at Chelsea following an impressive season at Derby County, while former Liverpool captain Gerrard has overseen progression at Scottish side Rangers.

Hodgson takes his Crystal Palace side to Stamford Bridge this weekend to face Lampard and Chelsea in what will be his 300th Premier League game, and the 72-year-old admits he has been unsurprised to see his former players thriving in management.

“Lampard has done a very good job, there’s no question about that,” Hodgson said at his pre-match press conference. “The club has done a good job in encouraging the manager and his staff to blood some of the players that had previously been out on loan.

“I expected it [Lampard’s strong start as a manager]. When he and Steven Gerrard went into management I had no doubt that they would succeed. For me it was a question of whether they would go to a club that would give them a chance to really show their great management material.

“For me there is no surprise at all.”

Palace make the short trip across London to face Chelsea on Saturday lunchtime looking to bounce back from last weekend’s home defeat to Leicester.

The Eagles are currently ninth ahead of the meeting with Lampard’s fourth-placed side, who will be looking to win a sixth successive league fixture.