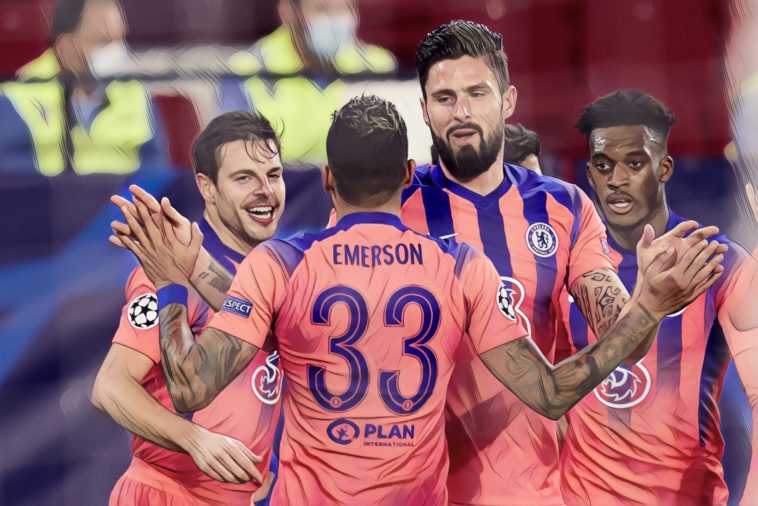 Glenn Hoddle insists Chelsea are ‘better’ than Barcelona and Real Madrid and has tipped Frank Lampard’s side to reach at least the Champions League semi-finals this season.

Chelsea have breezed into the Champions League’s knockout stages and secured their progress as group winners with an impressive 4-0 win at Sevilla on Wednesday night, Olivier Giroud scoring four times as a rotated side thrashed the Spaniards in style.

It was a hugely impressive display from the west London side who made nine changes from the goalless draw with Tottenham last weekend, their performance emphasising the strength in depth at Lampard’s disposal this season.

Hoddle was full of praise for Chelsea’s showing in Seville and has predicted the Blues can go deep into the competition’s latter stages, believing there is ‘more to come’ from Lampard’s side as the season progresses.

“Looking at the teams that are there, obviously Liverpool and Manchester City, they are going to be there and or there abouts,” Hoddle told BT Sport.

“For City it’s their No 1 priority whether they tell you that or not, they want to win the Champions League.

“You can’t look past Bayern Munich because they are so powerful but you have got to put Chelsea up there. For me at this moment, they are above Barcelona and above Real Madrid.

“They are two massive clubs but Chelsea’s team is better than theirs.

“In this moment in time I think they have got to be looking at at least the semi-final and you get to a semi-final, anything can happen.

“And they have international players who are going to get better as the season goes and if the crowds are full and we are back to full houses – we haven’t seen this Chelsea side inspired by a crowd and the bigger the occasion the better the best players are.

“There is more to come from Chelsea.”