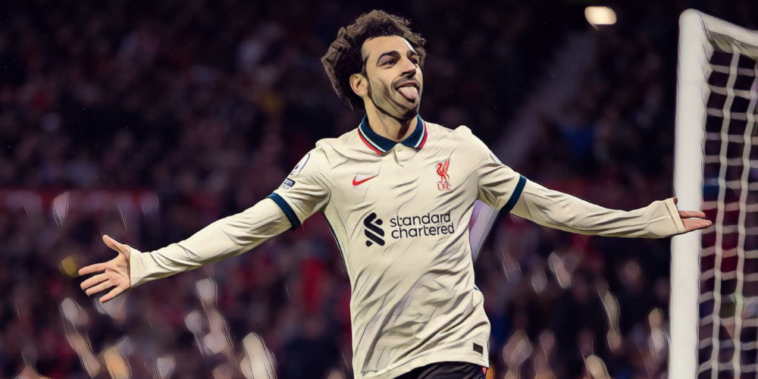 Mohamed Salah has enjoyed a sensational start to the season for Liverpool, the forward the league’s leading scorer after scoring a brilliant hat-trick against Manchester United this weekend.

Salah has scored at an extraordinary rate since signing for Liverpool from Roma in 2017, with his latest haul seeing the Egyptian become the highest-scoring African player in Premier League history.

Following the 29-year-old’s feat, we look at the five highest-scoring African footballers the league has seen.

‘Feed the Yak and he will score’ proved a familiar chant from the terraces during Yakubu’s lengthy career in the Premier League.

The Nigerian forward was a reliable goalscorer during spells at several clubs, scoring 95 goals in 252 appearances in English football’s top division.

He averaged better than a goal every other game for Blackburn, whilst he also enjoyed a prolific spell at Portsmouth and holds the record for most Premier League hat-tricks (four) by an African player alongside Salah.

He retired in 2017 after a brief spell at Coventry City, having enjoyed a nomadic career that spanned two decades and included spells at 14 different clubs.

A talented yet controversial figure, Adebayor enjoyed a prolific career in English football after joining Arsenal for just £3m in 2006.

The highest goalscorer in the history of the Togolese national team, Adebayor scored 46 goals in just 104 league appearances for Arsenal, before leaving for big-spending Manchester City in a £25m deal.

He enjoyed a solid debut season in Manchester – including that celebration – but soon fell out of favour, signing for Tottenham in 2011 after a brief loan spell with Real Madrid.

Following his release from Spurs he joined his third London club at Crystal Palace, but scored just one league goal in a disappointing spell before leaving for Turkey.

His best season in English football was undoubtedly 2007/08 campaign, where he scored 24 league goals – including a Goal of the Season winner in the North London derby – before being crowned African Footballer of the Year in 2008.

Sadio Mane became the third African footballer to reach a century of Premier League goals earlier this season, whilst he is also just the third player – after Les Ferdinand and Emile Heskey – to reach the division’s ‘100 club’ without scoring a single penalty.

The Senegal international arrived in the Premier League from Red Bull Salzburg in 2014, signing for Southampton and quickly establishing himself as one of the division’s most exciting players.

Mane holds the record for the fastest ever Premier League hat-trick after scoring a quick-fire treble against Aston Villa in 2015, his three goals coming in just 2 minutes and 56 seconds, smashing Robbie Fowler’s 21-year record.

The forward moved to Liverpool in a £34m deal the following year and has since formed one of Europe’s most potent forward lines alongside Roberto Firmino and Mohamed Salah, sharing the Premier League Golden Boot alongside the latter and Pierre-Emerick Aubameyang during the 2018/19 season.

Mane has been a major factor in Liverpool’s recent successes both in the Premier League and Europe, winning the Champions League in 2019 before helping the Reds to a drought-breaking league title the following season.

Amongst the greatest African players of all time, Didier Drogba was a talismanic figure during two spells at Chelsea.

The Ivorian won four Premier League titles amongst 12 major honours during a glittering spell in west London, developing a reputation as a big game player with a series of important goals.

Drogba scored the winning spot-kick as Chelsea became the first London team to be crowned European champions in 2012, having taken the game to extra-time with a dramatic late equaliser in the final against Bayern Munich.

The forward twice won the Premier League Golden Boot in 2006/07 and 2009/10, and finished his career at Stamford Bridge with 104 league goals.

He was voted as the club’s greatest ever player in a poll of the club’s fans in 2012.

Salah’s hat-trick at Manchester United moved him clear of Drogba as the Premier League’s most prolific African, having scored 107 goals in English football during spells at Chelsea and Liverpool.

The Egyptian international struggled to make his mark during his time at Stamford Bridge, but has enjoyed stunning success at Liverpool after returning to English football from Roma in 2017.

The numbers behind Salah’s spell with the Reds are extraordinary, including scoring a record-breaking 32 league goals to win the Premier League’s Golden Boot and a Footballer of the Year double during an unforgettable debut campaign in 2017/18.

He became the fourth fastest Premier League player to reach 50 goals on route to a second successive Golden Boot the following season, and the goals have continued to flow at a rapid rate for the Reds’ ‘Egyptian King’.

Salah’s haul of 107 goals has come in just 167 appearances, passing Drogba’s landmark in 87 fewer games than the Ivorian.

Having reached 20+ league goals in three of his first four seasons on Merseyside, Salah is currently on 10 from nine league appearances this season and primed for another prolific campaign.