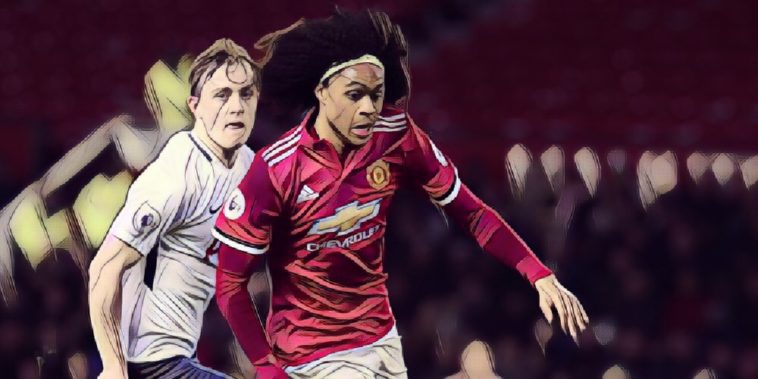 Manchester United midfielder Ander Herrera has said that he is really impressed with the current crop of youngsters coming through the clubs academy.

Herrera is currently on tour in the USA as Manchester United continue their pre-season preparations, although, with a number of first-team players still on their post World Cup holidays, Jose Mourinho has taken a number of United’s academy players with him.

Two of the most promising starlets in the squad are Tahith Chong and Angel Gomes, with both getting an opportunity to impress in the sides first pre-season game against Club America last week.

Dutch youngster Chong has already received praise from Jose Mourinho about his performance in Arizona, and now teammate Ander Herrera has joined in:

“I like him because he is very brave,” said the Spaniard.

“When he trains he is not scared of trying new things and taking people on in one on ones.

“The thing I like about him is that he wants to learn and he listens a lot in training.

“I am also very surprised about James Garner. Angel (Gomes) also has a lot of quality and (Mason) Greenwood, until today I didn’t know he was 16-years-old and he was fighting against men.

“I am very confident and I hope one day that they kick our a** out of the club. That will show that the club is doing the right things.”