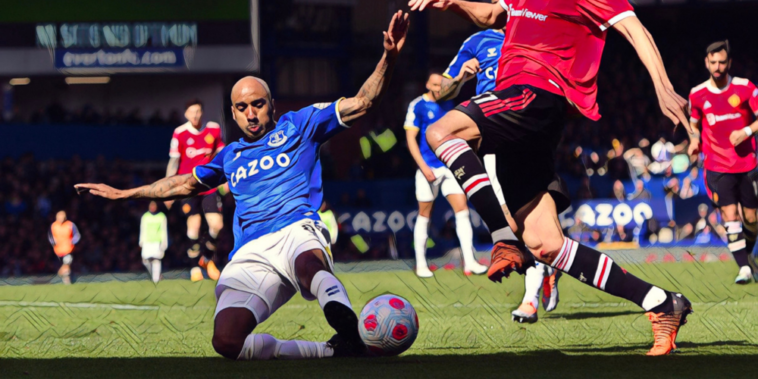 The Premier League title race remains alive after the division’s top two drew at the Etihad, a brilliant encounter seeing Liverpool twice come from behind to draw 2-2 at Manchester City.

Down at the bottom there was a huge win for Everton, though Burnley look in trouble after losing a relegation six-pointer to bottom side Norwich.

Here are our heroes and villains from the latest Premier League action.

Mason Mount was back to his best as Chelsea returned to winning ways in emphatic fashion at Southampton, scoring two and creating another as the West Londoners equalled their biggest ever Premier League away win.

Mount’s off-the-ball movement is so important to Chelsea’s best performances both offensively and defensively, with the Saints struggling to pick up the midfielder’s runs as he operated in an advanced position behind the Blues’ front two.

Mason Mount in the Premier League for Chelsea this season…

• Most goals
• Most assists
• Most big chances created pic.twitter.com/k0uKSFkDyS

Despite a rather common perception that Mount has been below the standards that saw him win Chelsea’s Player of the Season accolade in 2021/22, the 23-year-old has quietly enjoyed his most productive season at Stamford Bridge.

Mount leads his Chelsea teammates for goals, assists and chances created in the Premier League this season, whilst only Mohamed Salah, Son Heung-Min and Harry Kane have been directly involved in more goals across the division.

The world’s most famous footballer threw a tantrum after Manchester United’s 1-0 loss at Everton, appearing to slam a mobile phone out of the hands of an Everton supporter videoing his exit from the Goodison Park pitch.

It was petulant and pathetic from one of the Premier League’s poster-boys and another problem for a Red Devils’ team whose season is fading fast into nothingness.

Cristiano Ronaldo smashed someone's phone after losing to Everton, according to fans at the ground 😳

Ronaldo’s performance itself had been one full of frustration as he was starved of service, receiving a yellow card for punting the ball into the sideline.

United are now six points behind fourth-placed Spurs in the race for Champions League football and the momentum is most certainly not in Manchester.

Brentford’s relegation fears seem a distant memory after four wins from five Premier Leagues games, the Bees following their thrashing of Chelsea last weekend with another upset of London opposition in West Ham.

Ivan Toney has found his form in recent weeks and was at the centre of their success against the Hammers, creating the opener before heading home a second in a 2-0 win.

Ivan Toney has now equalled Harry Kane with the most goals scored by an English player in the Premier League this season.

Does he deserve a call-up from Southgate? 📞 pic.twitter.com/vay5yH2isC

Toney now has eight goals in his last eight league appearances for Brentford and sits level with Harry Kane as the highest scoring Englishman in the Premier League this season on 12 goals.

Having fended off interest to keep the 26-year-old last summer, Brentford may just have to brace for bids once again at the end of the season.

Four straight defeats have halted the early momentum of Steven Gerrard’s reign at Aston Villa, the club’s latest a 4-0 home humbling to Tottenham.

Villa missed a host of first half chances before capitulating after the break, with Ezri Konsa enduring a torrid time in attempting to contain Harry Kane.

Konsa was dragged out of position as the England captain dropped deep to create havoc, having earlier been at fault for the game’s opening goal with a misjudged header.

It could be argued that Konsa was at fault for all four of Spurs’ goals at Villa Park, having twice been beaten in the air by Kane in the build-up to the visitors’ second and third goals, before allowing Son Heung-Min too much space to lash in the fourth.

Fabian Delph’s return from a four-month absence was pivotal to a huge win for Everton this weekend, the midfielder providing a brilliant defensive midfield screen in the Toffees 1-0 win over Manchester United.

So often the 32-year-old was in the right place at the right time to snuff out danger, breaking up opposition attacks and re-distributing the ball efficiently at the base of the midfield.

Delph made seven ball recoveries, six clearances and won two tackles, his performance vindicating Frank Lampard’s gamble to start the midfielder in a massive game for his struggling side.

Mikel Arteta and Arsenal are faltering just as top four rivals Spurs are finding momentum, three defeats in four fixtures having seen the Gunners drop out of the Champions League places.

Alexandre Lacazette produced an anonymous showing in the 2-1 defeat to Brighton at the Emirates, with teams having worked on preventing the Frenchman from dropping deep to link the North London side’s build-up play.

Given his poor goalscoring record, a failure to knit together attacks leaves Lacazette’s contribution minimalist and Arteta’s side need a centre-forward to reach the next level.

The potential absence of Champions League football will make attracting an elite name that much more difficult.

Son took centre stage with a clinical hat-trick as Spurs thrashed Aston Villa 4-0 this weekend, moving to 17 league goals – matching last season’s career-best haul – for the season after scoring from all three of his shots on goal.

The South Korean is an elite finisher and has now scored more non-penalty goals than any other player in the Premier League this season, whilst his shooting accuracy (69%) and conversion rate (31%) are far superior to the records of those around him in the Golden Boot rankings.

Son has scored six goals in his last three Premier League appearances and on current form has a real chance of winning the Golden Boot. He’s just three behind Mohamed Salah and could become the first Asian player to finish as leading scorer in a top-five European league.

Southampton have developed an unwanted reputation for inexplicable capitulations and this weekend’s home humiliation against Chelsea was the latest in a catalogue of calamitous performances.

The Saints can be brilliant at their best but at their worst are a shambles, as record-breaking 9-0 losses to Leicester and Manchester United in recent seasons demonstrate.

Ralph Hasenhuttl’s team were 4-0 down at half-time against Chelsea with Mohammed Salisu struggling badly, the centre-back’s erratic positioning and senseless decisions contributing to the chaos at St Mary’s.

His awful decision to dribble out from the back contributed to Chelsea’s fourth goal, as the West Londoners won 6-0 to equal their biggest ever away win in the Premier League era.