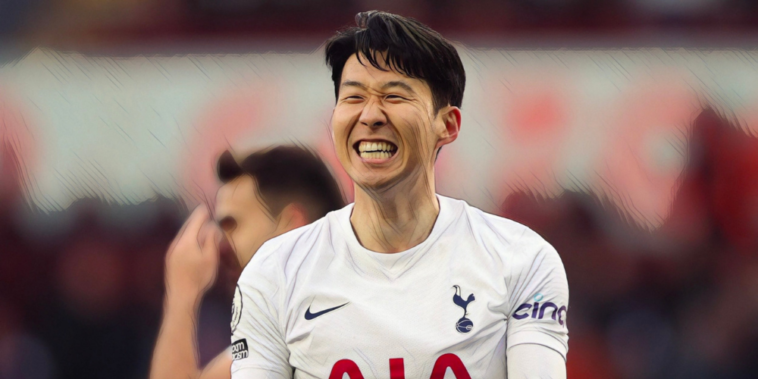 Fixtures between Manchester City and Liverpool rarely disappoint and the latest instalment in their modern rivalry was no exception, a thoroughly entertaining game that ended with the points shared and the title picture as it was.

The draw leaves City in pole position to defend their crown and whilst the champions will perhaps have been content with a point pre-match, their first half exploiting of gaps behind the Liverpool full-backs should have led to an insurmountable lead.

Liverpool instead twice came from behind to level, with a Raheem Sterling offside call and a late miss from Riyad Mahrez keeping the title race alive.

Mahrez’s miss is a moment that will have the Algerian kicking himself should City falter in the run-in, after the winger was sent through on goal in the very final seconds.

Spotting Alisson some distance off his line the chip was certainly on, but the execution was all wrong from a footballer who has enjoyed a career-best campaign in front of goal.

It was a miss that leaves Liverpool in with a chance of overhauling Pep Guardiola’s side.

Antonio Conte has got his Tottenham team firing at a crucial time in their Premier League season, a 4-0 win at Aston Villa the third in succession for the North Londoners.

Only Liverpool have taken more than Spurs’ 15 points across their last six league fixtures, whilst no team has scored more goals during that period.

Spurs were ruthless at Villa Park and in Son Heung-Min have a talent who needs minimal chances to make a difference, the South Korean helping himself to a hat-trick to make it 17 league goals for the season.

17 – Son Heung-min has scored the most non-penalty goals of any player in the Premier League this season:

Three shots was all it took for the 29-year-old to claim the match ball, a performance of high-quality and efficiency around goal as he moved second in the race for the Premier League’s Golden Boot.

Son’s treble saw him equal the career-best 17 goals he scored in the Premier League last season and he is now the division’s highest scoring player from open play in 2021/22.

Enock Mwepu was the best player on the pitch as Brighton secured a shock 2-1 win at Arsenal, the midfielder in rampant mood as the Seagulls bounced back from their recent struggles.

Mwepu was an all-action presence for Brighton and ended the contest with a goal and assist, his strike – just his second since his summer arrival from Red Bull Salzburg – a wonderful effort as he thumped home a precise half-volley from the edge of the area.

The Zambian was excellent on just his 13th Premier League appearance and first start since January, having missed much of the last three months with a hamstring problem.

Mwepu’s latest showing was a promising performance from another talent off the production line at Red Bull Salzburg.

It was a bad weekend for Burnley, whose Premier League status looks in huge danger. Wins for Everton, Newcastle and Leeds meant the Clarets headed into Sunday’s clash with Norwich needing a win, but defeat to the Canaries leaves Sean Dyche’s side mired in the bottom three.

There’s no doubt Burnley will have targeted a clash with the Premier League’s bottom side as a must-win encounter, but goals from Pierre Lees-Melou and Teemu Pukki saw Norwich emerge with three points.

Maxwel Cornet wasted Burnley’s best chance to get back into the game, somehow contriving to turn Dwight McNeil’s brilliant cross wide with the goal gaping.

Maxwel Cornet misses a GOLDEN chance to equalise for Burnley after a great ball in from Dwight McNeil 😰 pic.twitter.com/e6zpMiKvGt

Hugo Lloris was in inspired form during the first half of Spurs’ 4-0 win over Aston Villa, making a string of saves to deny the home side.

Lloris made a huge seven stops during the opening 45 minutes at Villa Park, a Premier League record for a Spurs goalkeeper in a first half since Opta first started collecting the data in 2006/07.

Among his best was a strong hand to turn Jacob Ramsey’s effort over the bar, stopping the midfielder from scoring a fine solo goal with a reactive tip.

Not all heroes wear capes. 🦸‍♂️

It was one of several vital moments from the France international whose first-half heroics set the platform for a big victory for the North Londoners.

Timo Werner was in the thick of the action as Chelsea thrashed Southampton 6-0 this weekend, with the forward again enjoying himself against favoured opponents.

Werner has now scored more Premier League goals against the Saints (5) than he has managed against every other Premier League team combined (4) since signing for Chelsea.

The German scored twice and hit the woodwork on three occasions at St Mary’s, becoming the first player to do so in one of Europe’s top five leagues since Pierre-Emerick Aubameyang in 2017.

Jurgen Klopp likened Liverpool’s pulsating 2-2 draw at Manchester City to a boxing match, as the two title rivals exchanged blows in a frenetic encounter at the Etihad.

The Reds twice came from behind to secure a point, a result which means just one point separates the two sides as we reach the season’s conclusion.

Just what was Cristiano Ronaldo thinking?

The Portuguese forward appeared to knock a mobile phone out of an Everton supporter’s hand as he left the pitch following Manchester United’s 1-0 defeat at Goodison Park, an unsavoury end to another poor performance from the Red Devils.

Cristiano Ronaldo smashed someone's phone after losing to Everton, according to fans at the ground 😳

Ronaldo’s angry ‘outburst’ has since been followed with an apology, though the incident will be subject of a Merseyside police investigation.

Ronaldo has been around long enough to know better and his show of petulance is another unwanted distraction at a time when on-pitch problems are prevalent at Old Trafford.