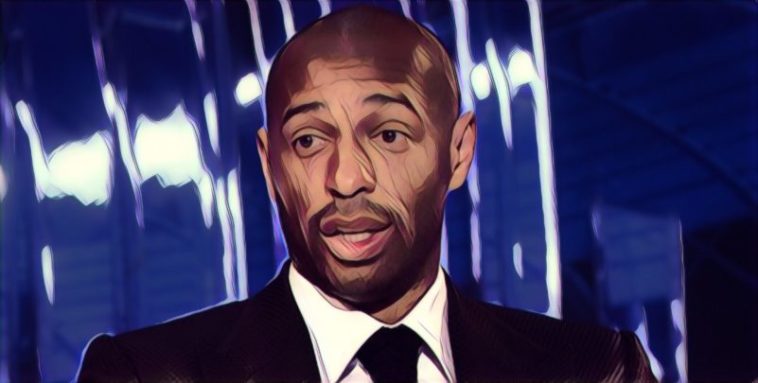 Manchester City were in scintillating form again last night, as they romped to a comfortable 3-0 win over Arsenal at the Emirates to regain their 16 point lead at the top of the Premier League.

Pep Guardiola’s side once again played some breathtaking attacking football, with German winger Leroy Sane putting in a stand out performance.

Much has been in recent times of Guardiola’s ability to turn young players with bags of potential like Sane and Raheem Sterling into the finished article.

Speaking after last night’s game Theirry Henry, who worked with the City manager at Barcelona revealed how the talented coach is constantly pushing his players to improve.

‘What pep does is challenge your brain… I had the same feeling [as Sane]… he demands 100 per cent in training every single time… and when you don’t do it he stops training and he goes inside.’

‘This is an amazing team. When you look at the movement and creativity. They are team goals. Those goals that you try to create in training.

‘They make you enjoy football. Joking apart, this is what you want to see.’ He told Sky Sports.

Guardiola’s City team are making many sceptics, who said his brand of attacking possession based football would not work in England, eat their words with each sublime performance they serve up.

The Citizens have now scored a staggering 72 goals in just 28 Premier League games this season.

TO WATCH FIVE OF HENRY’S BEST EVER GOALS CLICK HERE !